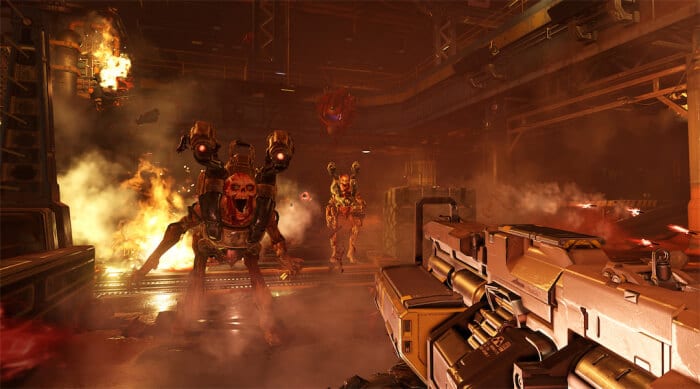 Video game icon and 2016 stand out, Doom, took home the award for Best Music/Sound Design at The Game Awards 2016. Doom has always been known for its heavy & rad tunes, and fortunately for long time fans, it continued that trend into the 2016 iteration of the game.

Fittingly, immediately after the announcement was made, Composer Mick Gordon took to the stage to rock out with the crowd and preform some of the game’s heaviest tracks live. Our Publisher and resident Ariana Grande fan Yamilia Avendano might not have appreciated it, but if you’re a fan of heavy metal and gaming music, the performance did not disappoint. We’ll be sure to add the concert here if it becomes available.

Edit: And here’s that concert!