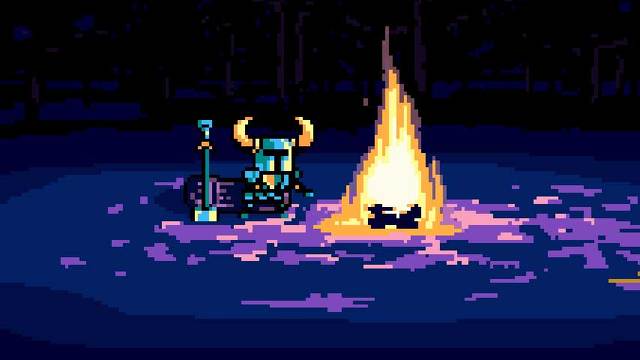 Yacht Club Games is widely known and praised for their kickstarted indie darling, Shovel Knight; a retro 8-bit side-scrolling platformer, reminiscent of games of the past like Ducktales and Mega Man.

After originally releasing in 2014, Yacht Club has since ported the game to pretty much every console under the sun and has also developed multiple new campaigns and game modes, with the last being King of Cards.

Playing as King Knight in over 30 new courses, this chapter in the Treasure Trove Saga will supposedly put an end to this entire overarching story, but does that mean that we won’t be seeing another Shovel Knight game? Well, according to Yacht Club designer, Sean Velasco, Shovel Knight is far from being over with.

In an interview with USgamer, Valesco speaks on the past five years of working on Shovel Knight and what he expects to happen concerning the future of the titular shovel-wielding knight. When asked about how it feels to be finishing up the Treasure Trove Saga after 5 years, Valesco responds with this:

“I don’t think we’re there at that like emotional point yet because we’re still in the meat of trying to just get it out the door. Once it’s done and, you know, it’s like the nest is empty and we don’t have another thing to work on, then I imagine it’ll be really emotional. We’re all gonna take a lot of time off and just kind of rejigger ourselves before we jump into the next thing.”

Just one year ago, Yacht Club revealed the news that Shovel Knight sold over two million copies with most of the units being sold on PC and 3DS.

Yacht Club Games has also just paired up with Mechanical Head Studios to publish Cyber Shadow, a superb ninja action sidescroller coming out sometime this year for PS4, Xbox One, Switch, and PC.

The studio is doing great things, but even though it’s the end of a saga in the Shovel Knight universe, you can definitely expect to see more Shovel Knight in the future:

“But yeah I mean we’ll keep on keeping on. But Shovel Knight is not done. We’ve got a lot of weird ideas to make.”

Could we possibly see a 16-bit Shovel Knight sequel in the future? Or perhaps a 3D platformer starring Shovel Knight as well? Who knows, but Yacht Club Games is intent on making sure we never forget this beloved sidescroller.