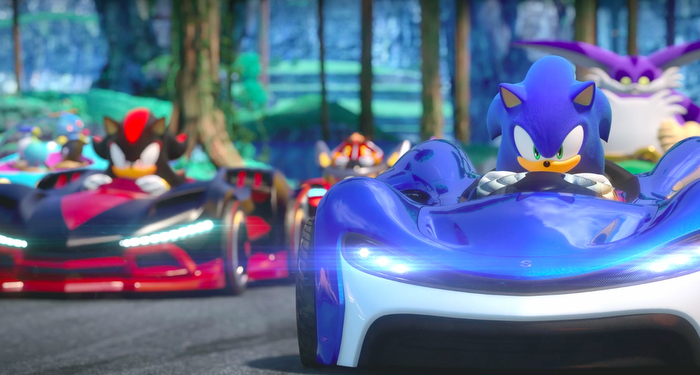 Team Sonic Racing is speeding toward its May release, and its most recent trailer aims to hype up fans for all the content it’ll offer.

Streamed via the official Sonic the Hedgehog YouTube account, the Team Up trailer puts the game’s many features on full display.

In addition to teaming up with their choice of Sonic characters, players can engage in both standard races and special challenges. This extends to online play, wherein players can compete against each other at most anytime.

Players also have control over their cars’ appearances, and can customize everything from the body and tires to the decals and accessories. All of these impact a car’s stats, allowing players to optimize their ride to become the fastest around.

This is all presented in a top of the line graphical sheen which manages to blend the Sonic series’ trademark cartoonish look with stunningly detailed vehicles and environments.

Fans can check out the trailer for themselves below.

Originally announced in May of 2018, Team Sonic Racing brings characters from across the history of the Sonic franchise together for a competitive racing experience in line with Mario Kart.

The game was delayed in late 2018 to provide more development time and ensure a quality experience was delivered to fans.

It looks to have been a wise move though. In the months since, the teaser footage and reveals tied to the game have all looked as sharp and promising as the above trailer, even if some of what’s been shown has been non-gameplay teaser footage.

Fans will see if the title was worth the wait when Team Sonic Racing releases on May 21 for PlayStation 4, Xbox One, PC and Nintendo Switch.

For more on the game, check out the recently released Team Sonic Racing Overdrive, an animated series tied into the game. The series is planned to have two parts, with the first currently available.