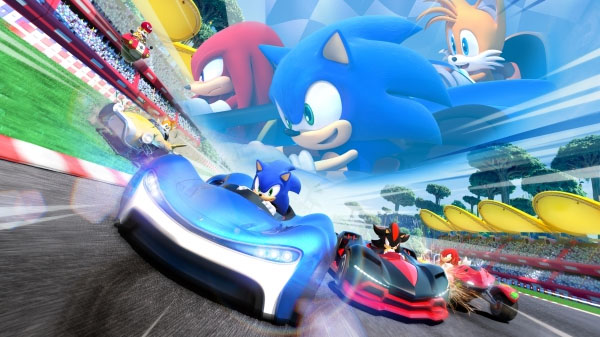 At long last, Sega has made good on all its teases of a new Sonic racing game, ever since SXSW occurred in March. The company officially unveiled Team Sonic Racing today with a new debut trailer and everything, as well as some new details about what we can expect from the upcoming racing title.

Popular characters (aside from Sonic of course) like Tails, Shadow, and Knuckles should be making an appearance, all grouped into different racing types: Speed, technique, and power. You’ll need to work together with your racing team if you want to emerge victorious, using special team moves to knock out your opponents and eventually unleash a Team Ultimate attack — sounds pretty powerful.

The game will feature both online multiplayer and local co-op modes, with 12-player races, 4-player split screen, and various other modes like Time Trials, Grand Prix, Exhibition, and Team Adventure Mode. You can customize your racer and team, and you also have 14 different “wisps,” or offensive and defensive items to help you along the way.

Team Sonic Racing is scheduled to arrive on PlayStation 4, Xbox One, Nintendo Switch, and PC this winter, though there isn’t an official release date just yet. It looks like a colorful and wacky arcade racer to keep your eye on, though, especially if you’re a fan of games like Mario Kart.

You can go ahead and get preorders in via the official Team Sonic Racing website, if you’re interested, but there will only be physical editions up for grabs if you’re buying a console release. Otherwise, PC players will only get digital releases — kind of a weird decision, but that’s the way it appears the cookie crumbles.