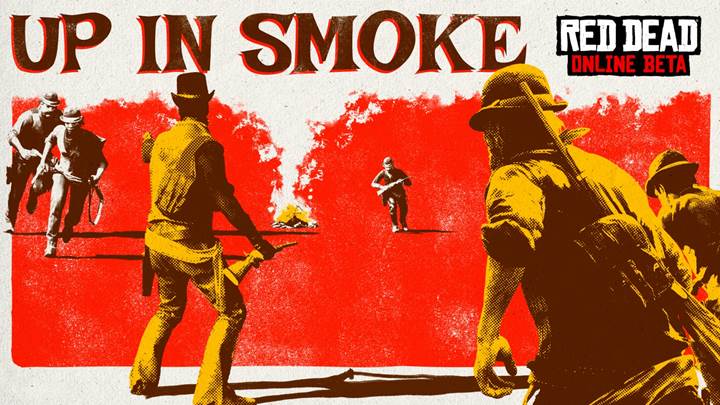 Rockstar Games has rolled out new content for its Red Dead Online beta today. Called Up in Smoke, the new showdown mode puts players in a race to raze the opposing team’s base by delivering explosive packages.

Players start out with an explosive package and each successful delivery to the opposing team’s base will detonate a piece of their camp. The team that delivers all of their packages to obliterate the enemies’ base wins the match.

Each card has three available tiers, so this week’s XP boost will make upgrading cards faster than usual.

Certain upgraded cards can prove decisive in Up in Smoke. For example, Fight Another Day, Strange Medicine, and Slippery Bastard can all come in handy in Up in Smoke, equip them in your loadout while you’re fighting your way to deliver an explosive package behind enemy lines

Elsewhere, new gear has been added to the Wheeler, Rawson and Co. Catalogue. This includes: