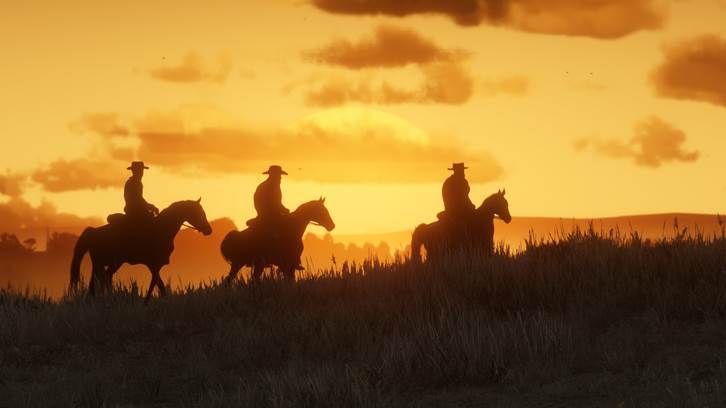 Today, Rockstar has released a huge patch for the Red Dead Online Beta that comes with a ton of updates and community-requested improvements such as new weapons, gameplay, and world enhancements.

As far as gameplay goes, the new update, which is now live, introduces Daily Challenges to all players. Like you would expect, these challenges reward player with Gold Nuggets and XP for completing a variety of mixed objectives.

Starting next week, a new Free Roam Event called “Fool’s Gold” has rival teams fighting against one another to wear a protective suit of Golden Armor, which nets you points (and the armor) if you can take down the person wearing it.

And last, for gameplay, there will be new modes coming every week such as Target Races, Fishing Challenges, and three new Showdown Modes “where players and teams compete to capture and deliver bags, steal loot from each other and survive.”

The beautiful Rare Shotgun and Evans Repeater are two powerful new weapons that will be available via the Wheeler & Rawson Catalogue and from local Gunsmiths. Keep in mind that the Evans Repeater isn’t available just yet, but the shotgun is up for grabs right now.

Rockstar has also added in new emotes and clothing so that all players can really show off their character’s personality and be the best-dressed cowboy in the wild west.

And last but not least, there are also several world enhancements that make playing Red Dead Online much easier such as:

And a little extra something for PS4 players; starting today, you can get early access to the Jawbone Knife, “a unique melee weapon with a handle artfully carved from the remains of a slain animal’s jaw, as well as a range of new clothing options and three new emotes.”

For a lot more detailed information on the new update, make sure to head on over to Rockstar’s official blog post.

Red Dead Online is a multiplayer component of Red Dead Redemption 2, which is now available for PS4 and Xbox One. If you would like to check out our review for the game, you can read it right here. You can also watch the trailer for the new update down below: