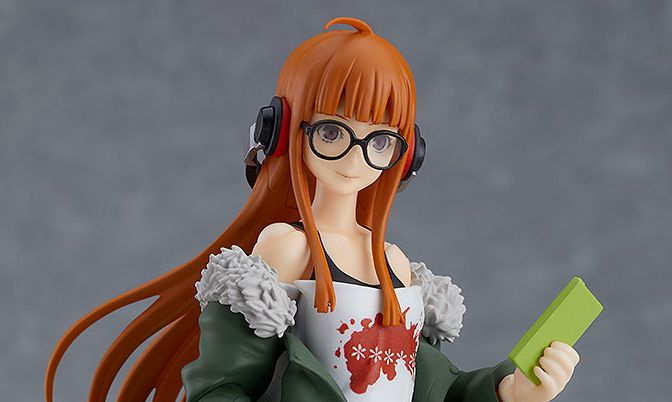 With reveals of new Persona 5 games coming this week, the world of figure manufacturers is striking the iron while it’s hot with a Futaba Sakura figma.

The posable figure is, as usual, by Max Factory, and is now available for pre-order at multiple Japanese retailers (including AmiAmi) for 5,990 yen, which translates into roughly $54.

Incidentally, if you don’t know what a “figma” is, it’s a posable action figure brand created by Max Factory which has become so popular over the years that many simply use the name as a synonym of “Japanese action figure.”

The release window is fairly far away, and you’ll be able to actually get your hands on the figure in November 2019.

She is made with the usual mix of PVC and ABS, and exactly like the previously-revealed Skull figma, she comes with a base and accessories, including Futaba’s mask. There are even optional arms that let you display her with her hands in her iconic coat’s pockets.

Persona 5 is currently available for PS4 and PS3, and we’ll have to see what will happen with the further reveal for Persona 5: The Royal, and Persona 5 S.

In the meanwhile, you can enjoy a gallery of screenshots below.