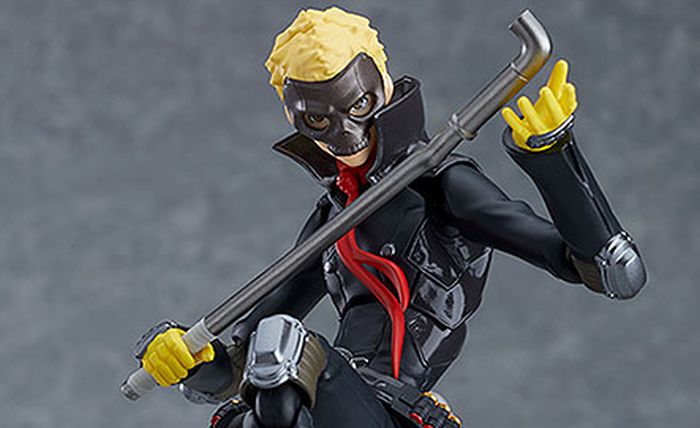 Persona 5 is still super-popular among JRPG fans, and its characters continue to be immortalized in several figures, even thanks to the recent anime series and specials. The latest is a figma portraying Skull by Max Factory.

For those unfamiliar with the game, Skull is the Phantom Thief guise of easygoing best-friend type Ryuji Sakamoto, and his figma is really cool.

Incidentally, if you don’t know what a “figma” is, it’s a posable action figure brand created by Max Factory which has become so popular over the years that many simply use the name as a synonym of “Japanese action figure.”

In this case, Skull is available for pre-order at multiple retailers (including AmiAmi and GoodSmile Company’s official store) for 5,640 yen, which translates into roughly $51. It will be released in October 2019.

It’s sculpted by Jun Yamaoka and it’s about 15 cm tall, coming with a base (it’s really difficult for figma to stand upright unaided), weapons, a Phantom Thief business card, alternate hands, and two heads with and without the mask.

Speaking of Persona 5: The Animation, today we got the confirmation that more information on the mysterious game project(s) Persona 5R will be revealed tomorrow after the airing of the special anime episode Stars and Ours.

Whatever it is, you can expect to read all about it here.

You can check out Skull in the gallery below. If you’re interested in more Persona 5 figures, you can also take a look at the adorable Yusuke Kitagawa Nendroid.