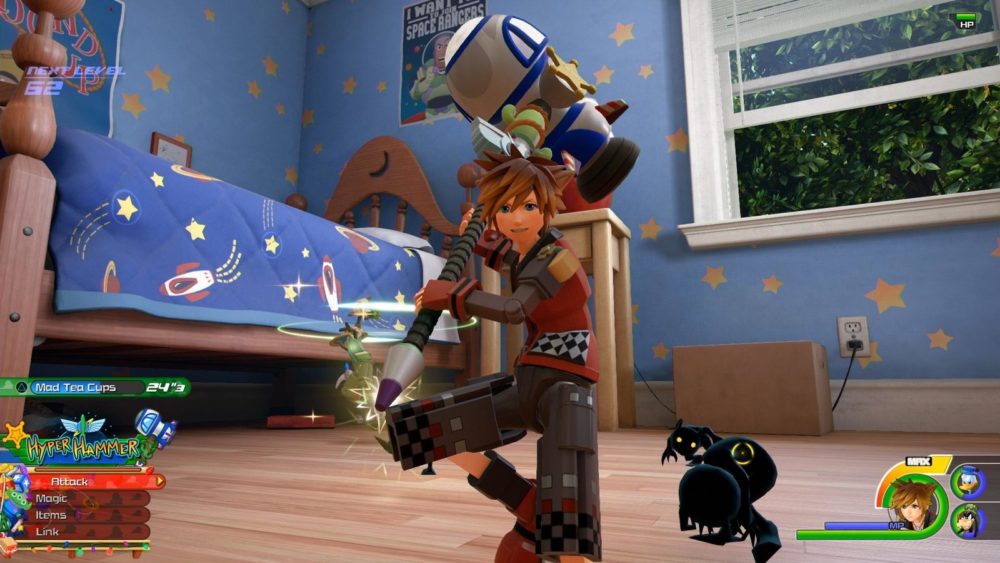 Kingdom Hearts fans are eagerly awaiting the addition of a critical mode to Kingdom Hearts 3, and given some comments made by the game’s co-director Tai Yasue, they’ve got plenty of reasons to be hyped.

In an interview with Game Reactor from GDC 2019, Yasue spoke on him and his team’s approach to designing Kingdom Hearts 3’s critical mode.

As opposed to simply making enemies hit harder and giving them more health, they instead aimed to tweak and rebalance the game as a whole to provide a new experience to players willing to embrace the challenge.

“We wanted to do it the right way so it’s not just superficial,” Yasue said. “We wanted a new experience there, and we realized there was a lot we could really actually do.”

“We added new abilities for example, for the critical mode, so you have a more technical based offensive battle style that you can enjoy.”

While the specifics of what these abilities are called and what they do hasn’t yet been revealed, Yasue did hint at how they would rely more on mechanics like blocking and timing to use successfully.

As such, they would be best optimized to players who understand the game’s mechanics inside and out.

This applies to the game’s mechanics outside of combat as well. For example, understanding and utilizing the stat boosts given by cooking will be integral to overcoming the game’s more difficult sections and will need to be used regularly.

Enemy AI will also be tweaked to maximize challenge without making it unbeatable.

Those interested in seeing the full interview can watch it here. Everyone else can look forward to diving into the critical mode for themselves when it releases sometime later this year.

For more on Kingdom Hearts 3, check out our full review of the conclusion to the Dark Seeker saga as well as our list of five questions we still have after beating the game.