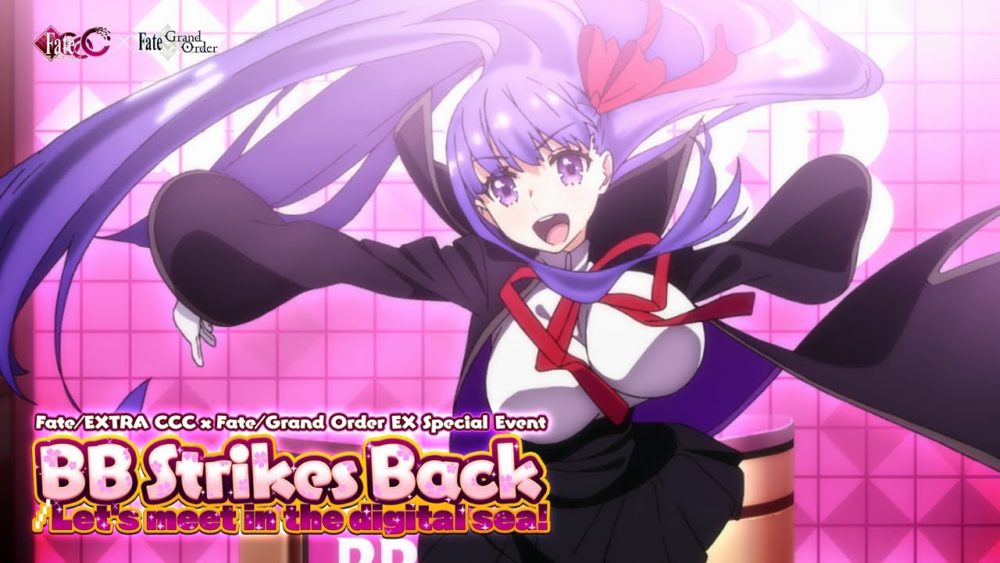 The event was teased earlier this month, and it’s titled “BB Strikes Back, Let’s meet in the digital sea!”

Those familiar with the Fate series will likely recognize the name and know right away that it’s a crossover with Fate/EXTRA CCC. The theme has a spring vacation resort theme, which isn’t surprising since Golden Week is coming

If you’re unfamiliar with it, it’s a JRPG released for PlayStation Portable in 2013 in Japan, and never localized in English, co-developed by Image Epoch and TYPE-MOON.

To celebrate the event, we get a new trailer and four videos showing the Noble Phantasm of four characters involved, BB herself, Suzuka Gozen, Passionlip, and Meltryllis.

If you’re interested in Fate/Grand Order, you can check out the upcoming Artoria Pendragon figure in her Heroic Spirit formal dress, the Elizabeth Bathory Brave Version Figure by quesQ, and the Ozymandias figure from MegaHouse.

Incidentally, rhe game’s developer Dlightworks has also recently teased a new game made in Unreal Engine 4. What we have seen is intriguing, but we haven’t seen enough to have the slightest idea of what it’ll be about.