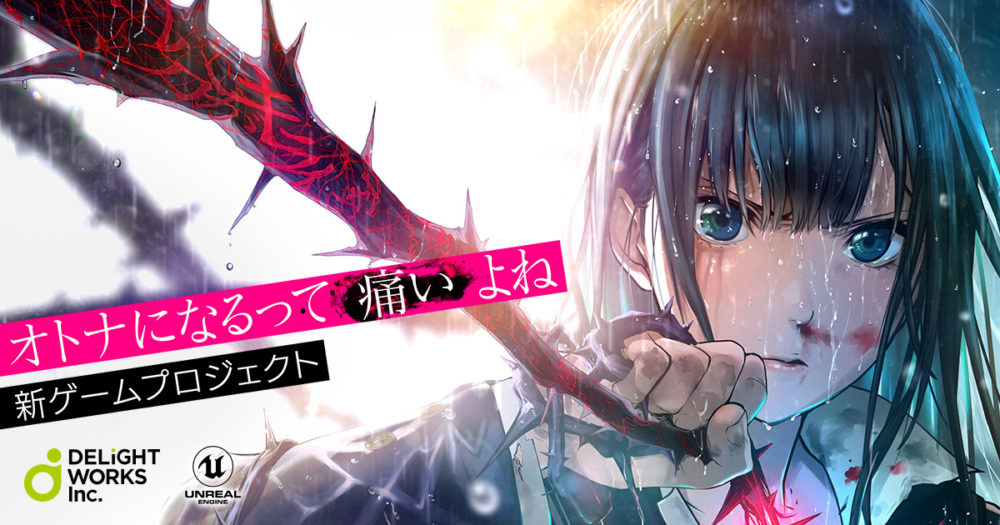 During AnimeJapan 2019 that is currently being hosted at the Tokyo Big Sight venue, Delightworks teased a brand new game.

If you’re not familiar with Delightworks, it’s the developer behind the super-popular mobile game Fate/Grand Order, and this new game is in development at its recently-formed 4th Production Department.

At the moment very little is known about the game besides the fact that it will be for iOS and Android and is being developed in Unreal Engine 4.

We also get a trailer, a couple of screenshots, and key artwork with the wording “It hurts to be an adult.” The trailer itself looks really good, even if it’s hard to know whether it’ll reflect into actual gameplay.

The press release mentions that the development team is aiming to achieve a title with great graphics but is also an interesting game with the best possible story. Further information will be announced down the line.

No release window was provided, and of course, there is no information about a possible localization. As a matter of fact, this new game doesn’t even have a title for now. It’s shrouded in mystery.

You can check out the assets below and see if you can glean something interesting besides the charming visuals, that are certainly different from those of Fate/Grand Order, which is made with Unity.