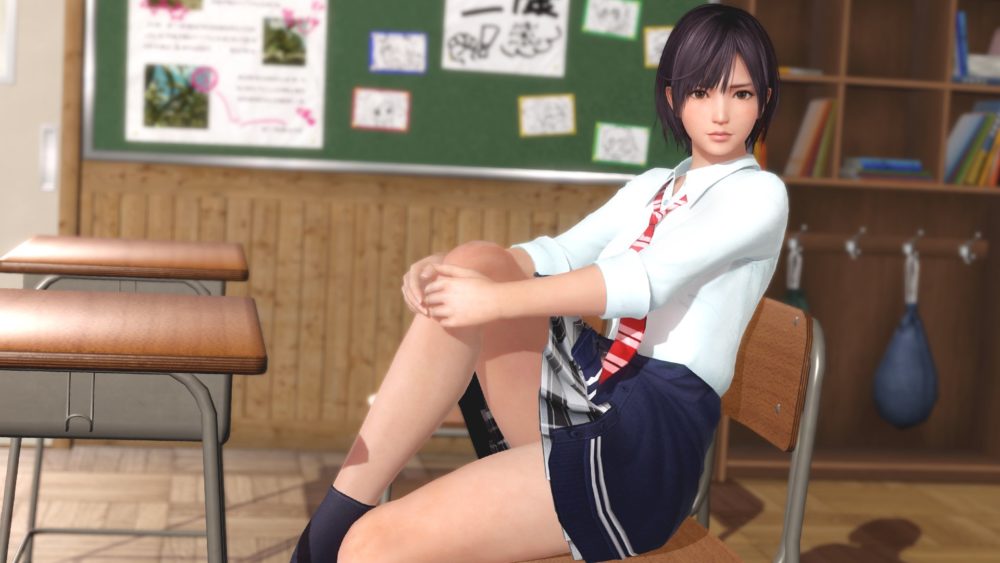 Today Koei Tecmo and DMM released an update to their free to play game Dead or Alive Xtreme: Venus Vacation.

The update comes with a schoolgirl themed event and includes a gacha with two SSR schoolgirl uniforms for Misaki and her sister Nagisa. The gacha is accessible without the need for paid V-Stone currency.

This means that users are getting the first shot at Nagisa without having to pay real money for the gacha. You can check out the costumes in a trailer that you can see at the bottom of the post.

Last week Koei Tecmo introduced a new character named Kanna, who is available only with a gacha that requires paid V-Stones. The silver lining is that this freed up Nagisa for those who don’t want to spend real money.

It’s very likely that Kanna herself will become available for free when the next character will be introduced, whoever she will be.

Do keep in mind that this is exclusively about the Japanese version of the game. The English version is over a year behind in content, so neither Nagisa or Kanna are available in that one for the moment.