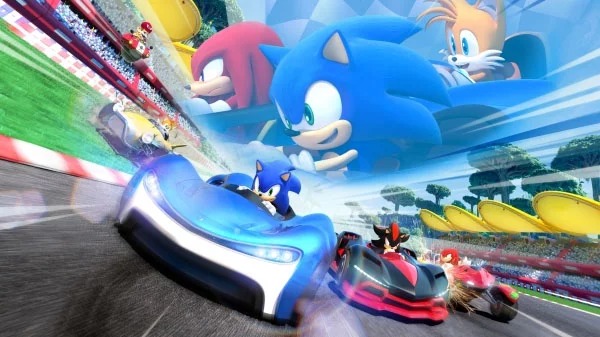 Today Sega hosted a panel at SXSW in dedicated to the Sonic the Hedgehog franchise, and they had news to share about the upcoming Team Sonic Racing.

We get to see the customization feature of the game, that lets you paint your cars however you see fit. We get to see performance parts, a ton of paint options, vinyls, decals, and even different horns.

The second trailer features a new track titled “Bingo Party,” while we hear that the game will include a ton of for players to enjoy, composed by a large team of musicians. Some of the tracks will be remixes of classic ones, while some will be completely new.

Speaking of tracks, Knuckles’ theme was shared for the Sonic Mania Adventures animated series you can check it out in a video below.

On top of this, more animation news was shared about Team Sonic Racing itself. A new two-part animation series titled Team Sonic Racing Overdrive is coming, featuring among others modern Sonic, Tails, Knuckles, Shadow, and More. You can see a few pieces of concept art below.

The animation will have no dialogue, but it will be released simultaneously worldwide. As a matter of fact, the first part is supposed to be released on YouTube today (update: it has been released and you can watch it here).

Another small piece of relevant info the fact that that the “next major Sonic title” is currently in production. Yet the developers had no specific news to share at the panel beside the usual “we’re excited to share more news with you in the future,” thanking the audience for its patience. It was basically a small surprise at the end.

Team Sonic Racing will be released on May 21 for PS4, Xbox One, Switch, and PC. If you want to see (and hear) more about the game, you can check out another track revealed last month and the latest character reveal from January.