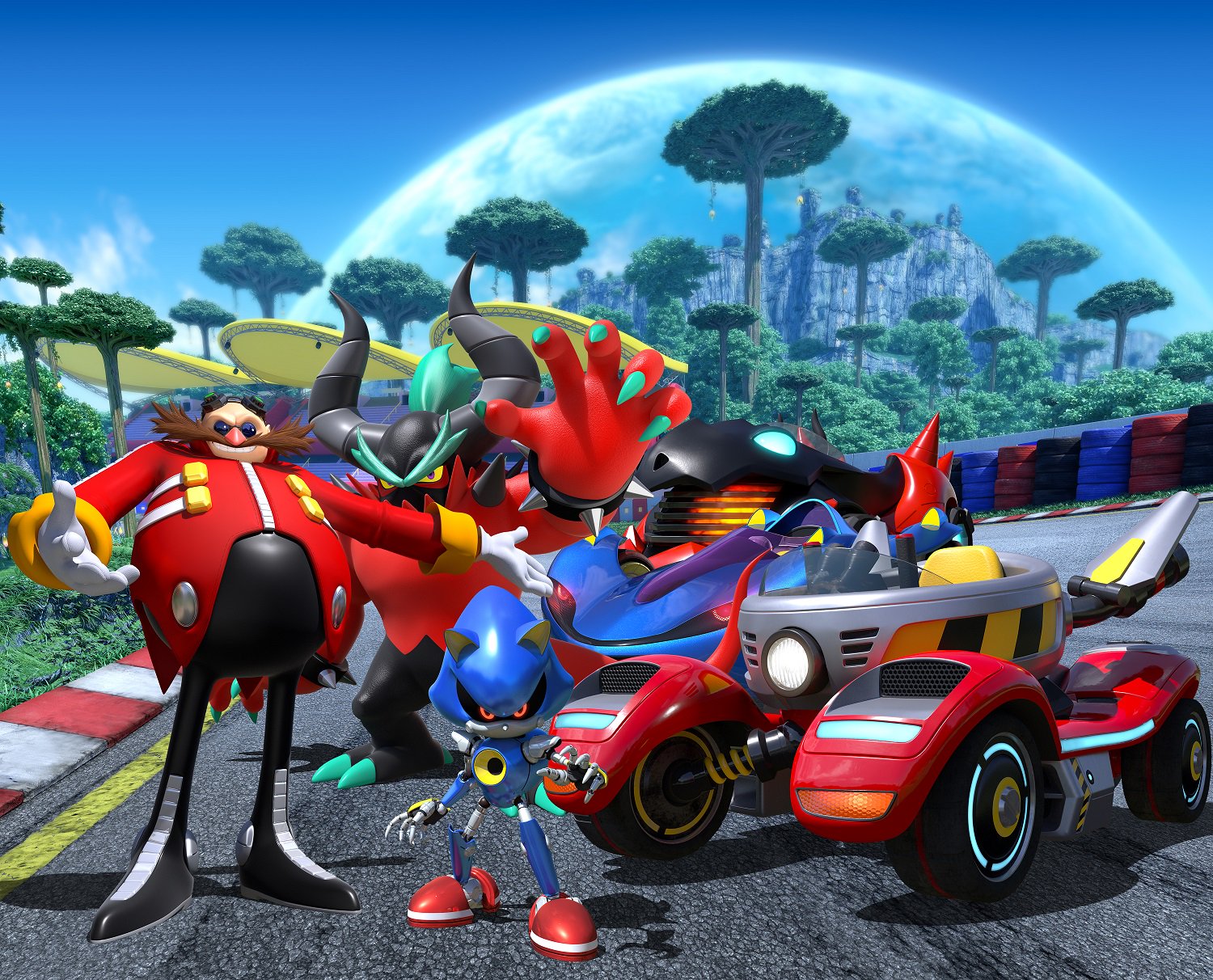 The roster for the upcoming racing game Team Sonic Racing has just expanded. A post on the official Sonic the Hedgehog Twitter shows that three new characters are coming to the new title with the additions of Metal Sonic, Dr. Eggman, and Zavok.

This group of character reveals appears to be themed around the franchise’s notable villains. Dr. Eggman is the primary antagonist of the Sonic the Hedgehog series as a whole, with his appearances dating back to the original title from 1991. Metal Sonic joined the fight against Sonic and friends in 1993 in Sonic CD, where Zavok came into the franchise more recently in 2013’s Sonic Lost World.

Each of the three newly announced members has a different specialty, or class, within the game. Dr. Eggman is classified as a technique character, whereas Metal Sonic is built to go fast with his speed ability, and Zavok rounds out the group as a heavy class.

Team Sonic Racing is developed by Sumo Digital, the development team behind Sonic and All-Stars Racing Transformed, and published by Sega. It is coming for Xbox One, Nintendo Switch, PS4, and PC on May 21, 2019. For more information on Team Sonic Racing, check out the reveal trailer and announcement, or the game’s official website.