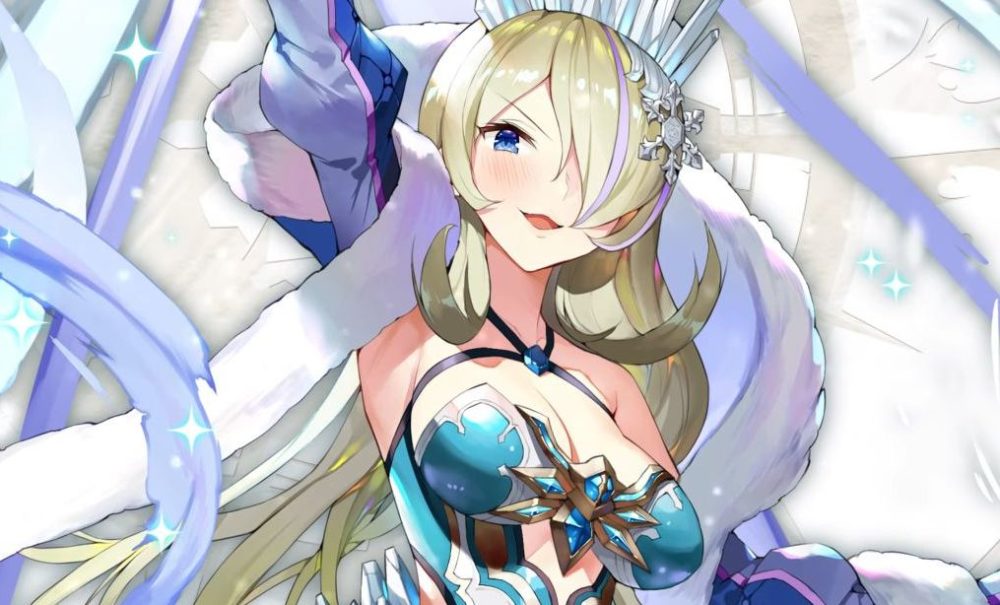 In this new video, we get to take a look at Irina, who is also defined as the “Idea of Ice.” She is voiced by Mikako Komatsu, known for Tsumugi Shirogane in Danganronpa V3: Killing Harmony, Linkle in Hyrule Warriors, and many more roles.

If you’re wondering why she is called an “Idea,” in this game, Ideas are characters that are both playable companions are able to teach your main hero their skill tree from which their abilities can be learned.

The most interesting aspect of Last Idea is the lack of any gacha to acquire equipment or characters despite the fact that it’s a mobile free to play game. All playable characters can be encountered simply by playing through the story, while you can loot equipment from treasure chests found by exploring dungeons.

On top of that, almost all the gear you loot from these chests can be auctioned for other players to buy. Basically, it’s very similar to the approach of Diablo 3, but in mobile form.

Last Idea will release in Japan for iOS and Android in the spring of 2019. No western release has been announced for the moment.