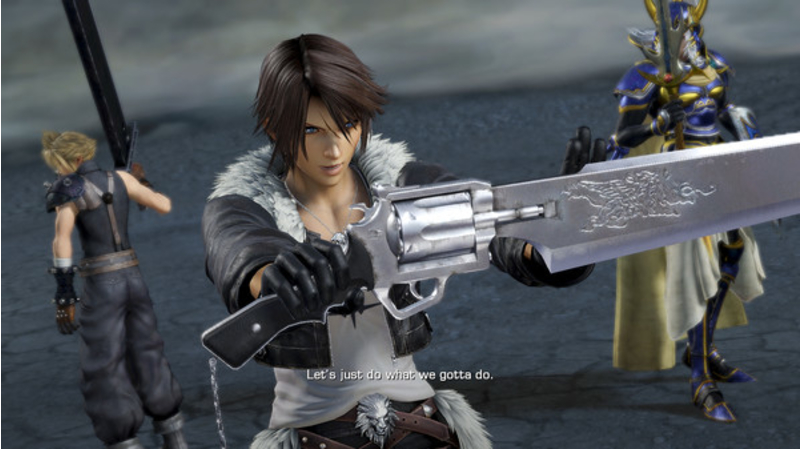 Just last week, Square Enix released a free-to-play version of the action-oriented three on three brawler, Dissidia Final Fantasy NT, on Steam and PS4. This free version of the game allows players to try out a limited roster of characters that rotate on a weekly basis.

If you weren’t aware, this release of the free edition of Dissidia NT is the first time that the fighter has come to PC in any format. But, it seems that instead of having the option to purchase the entire game –like on the PS4–, the free edition is the only way for people to play on PC; although, you can spend some money if you want to purchase characters or weapons individually.

It’s really great and all to see PC players have the opportunity to play Dissidia NT as much as they want for no charge at all, but it seems that Steam players are being plagued with problems such as heavy lag, connection issues, and slow button inputs.

Looking at the Steam description page for the game right now, there are currently over 1000 reviews with over 60% of them being negative. Here are some excerpts from several of the negative criticisms that we found that were most popular:

“This game has the potential to be really fun, but THE LAG MAKES THIS UNPLAYABLE. For an online game, this lags abysmally. Fix ASAP if you intend to keep people playing.”

“The online modes feel like classic turn-based RPG, because of how much it lags, even when trying to fight a (nearby) friend. It really ruins the experience.”

Also, it tends to randomly crash in matchmaking with no error message kicking you straight back to the desktop so that’s fun, or if you manage to load into a game, it may disconnect you at the start of the match and THEN penalize you for leaving the match for no reason.”

As you can probably tell from these comments alone, the game isn’t running that well. As a PS4 user myself, I did not find myself with a ton of issues while actually playing the game during the beta, but as far as PC goes, I’m not sure how it plays. But, here’s hoping Team Ninja and Square Enix deliver a patch soon to right these wrongs.

Have any of you played Dissidia Final Fantasy NT on PC yet? Let us know your thoughts and opinions down in the comments section below!

For more on Dissidia Final Fantasy NT, you can check out our review of the brawler right here and while you’re at it, read up on our wiki guide on the game; it has lots of information regarding the Final Fantasy fighting game like tips and tricks for beginners, how to win a match, and how to get Memoria.