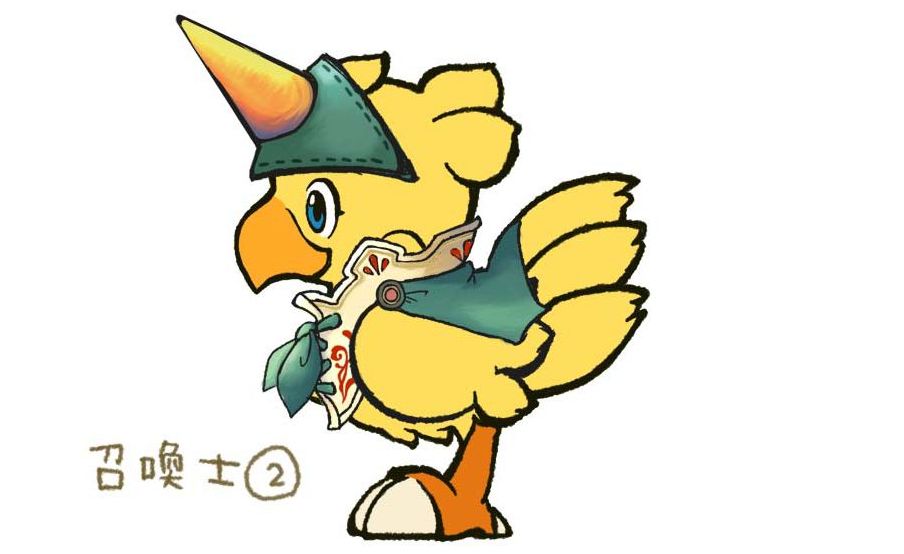 Square Enix just released Chocobo’s Mystery Dungeon: Every Buddy, and today we got a super cute-treat to celebrate the game’s launch.

Twinfinite interviewed Itahana-san about the new release, and we asked him whether he designed any Chocobo job that didn’t make the cut into the game. As it turns out, he actually did.

“I ended up designing a “summoner”, but the planner mentioned it would be difficult to incorporate into the system, so the design didn’t make it into the game. The design is pretty cute though, so I would love to see it make an appearance next time.”

Not only Itahana-san revealed the existence of the summoner design, but also kindly provided us with the related artwork, which you can enjoy below. Isn’t it lovely?

Now I certainly hope that Square Enix will manage to implement this little buddy into a future Chocobo’s Mystery Dungeon game.

Speaking of the future, we also asked Itahana-san whether he thinks that we’ll ever see completely new games for the Chocobo Mystery Dungeon or Final Fantasy Crystal Chronicles series considering that the former just got a remaster, and the latter is also getting one this year.

While he didn’t make promises, it certainly appears that the possibility exists.

“In general, for both remakes, we want to ensure that the games are properly developed, recreating the fun of the original game, while adding new elements. After everyone gets a chance to hopefully reaffirm the fact that these are enjoyable titles, then we could consider future titles.

As such, I would love to hear everyone’s feedback and impression upon playing the Chocobo’s Mystery Dungeon and FFCC remakes as it’ll serve as an extremely good reference for whatever next title we may undertake.”

You’ll be able to read the full interview very soon on Twinfinite, so stay tuned.

Chocobo’s Mystery Dungeon: Every Buddy is currently available for PS4 and Nintendo Switch, and you can enjoy its launch trailer.