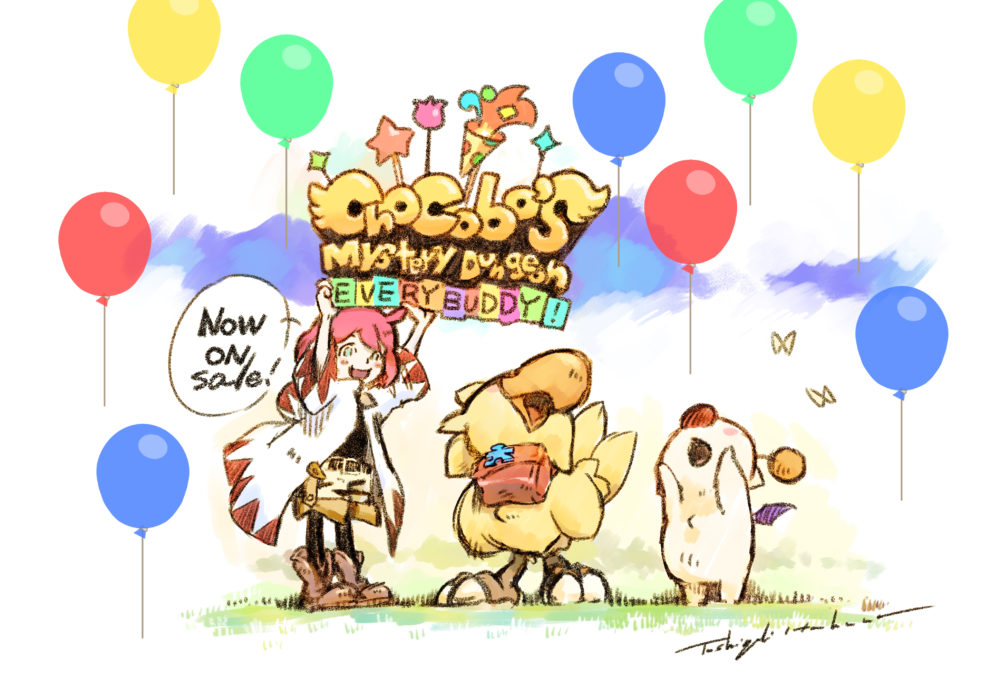 Square Enix has released a brand-new story trailer to commemorate the launch of Chocobo’s Mystery Dungeon Every Buddy. The role-playing dungeon-crawler stars our favorite video game chicken and is now available digitally worldwide on PS4 and Switch.

For those unfamiliar with the premise, Chocobo’s Dungeon stars Cid and his feathered friend, Chocobo, who are on a quest to restore the lost memories of the townspeople.

In order to get these memories back, Chocobo enters many dark and dangerous dungeons to encounter tough enemies and bosses. In typical dungeon-crawler fashion, enemies only move when the player takes a step, allowing you to plan your moves and attacks accordingly.

Keep in mind that this game is a remastered port of the Wii game that originally came out back in 2008. Two big changes were made to the game: a Buddy system that makes it easier to traverse dungeons as you can request the aid of defeated monsters and allies, and being able to play with a second player locally.

Chocobo’s Mystery Dungeon Every Buddy is now available for the Nintendo Switch and PS4 for $39.99. You can go ahead and check out the launch story trailer down below!

By Ethan AndersonDecember 6, 2021
To Top