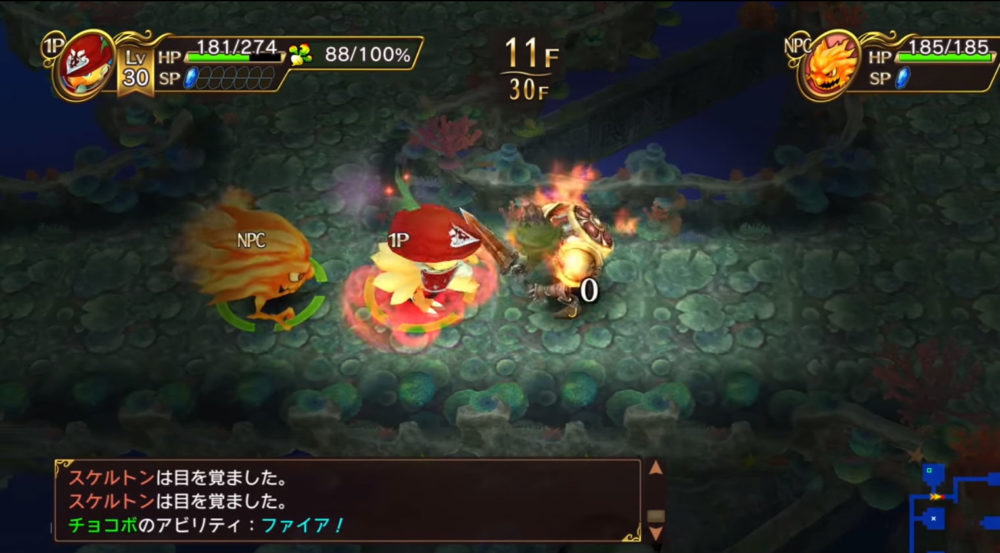 In 2007, Square Enix created Final Fantasy Fables: Chocobo’s Dungeon for the Wii U. The turn-based dungeon crawler fulfilled every Final Fantasy players dream, allowing them to play as their favorite flightless bird. Over a decade later, the company has revealed that another title in the series will be headed to the Nintendo Switch, titled Chocobo’s Mystery Dungeon: Everybuddy.

Once again, fans will be able to take control of an assortment of different Chocobo and other monsters known to the Final Fantasy series. Unlike the original, every monster in Chocobo’s Mystery Dungeon: Everybuddy can become your friend. Alongside this, you’ll be able to play the game cooperatively, sharing your joy con controllers with a buddy of your own.

According to the games official synopsis, every time you enter a dungeon, the world around you changes shape, but it only moves whenever Chocobo moves, whether Chocobo walks, kicks, or uses an item. It’ll be interesting to see just how this ever-changing, procedurally generated mechanic will, quite literally, shape how users will tackle dungeons.

Chocobo’s Mystery Dungeon: Everybuddy will launch for the Nintendo Switch and PlayStation 4 this winter. Be sure to check back for an exact release date once it is revealed.