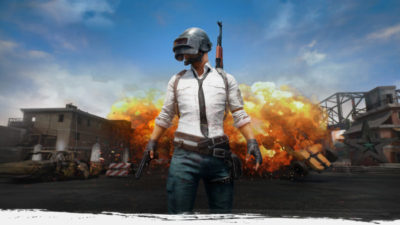 Brendan Greene, creator of PlayerUnknown’s Battlegrounds, has announced that he’ll be moving away from PUBG and onto a new division built primarily around research and game development.

In a statement on Twitter, Greene explained his move from Seoul to Amsterdam to spearhead a new division called PUBG Special Projects.

“The past five years of my life has been all about battle royale,” Greene announced today. “From the early days working on a mod to getting the chance to create my vision for a battle royale title, PlayerUnknown’s Battlegrounds.”

“It’s been an incredible journey and our game has reached heights I never thought possible. Seeing the game grow into what it is today has been a dream come true and I can’t thank our fans and the incredible team at PUBG Corporation enough.”

While he intends to stay on at PUBG as consulting creative director, Greene is officially passing the development torch on to Taeseok Jang and the rest of the PUBG team.

There’s no denying that Greene’s impact on gaming industry has been huge. His battle royale phenomenon shot to colossal popularity soon after its Steam launch in December 2017, quickly topping the most-played chart.

Since becoming a craze, PUBG has boosted the popularity of battle royale games and spawned a host of popular rivals like Fortnite and Apex Legends. On Xbox One, it even achieved the unlikely feat of being an early access game to get a physical release.

But things haven’t been smooth sailing for Greene or PUBG lately. Despite the game’s wild success, it now faces waning popularity in the face of its competitors, while technical problems and maps being asset flips continue to dog the developers.

Not much is known about Greene’s new role or what PUBG Special Projects will put out next. Greene states that his plans so far are to “start this new journey with a new team in a new city, play some games again, and see what the future holds”.