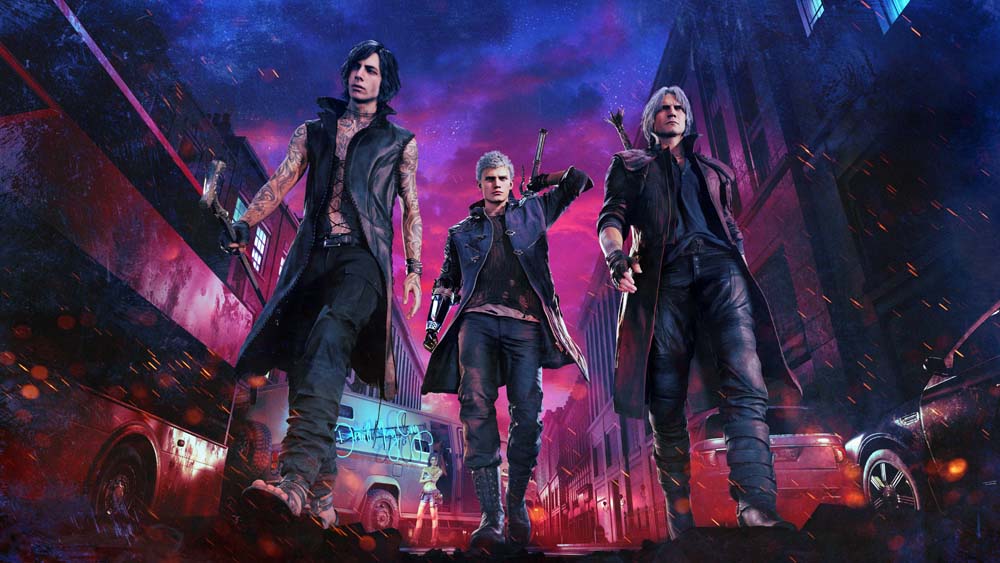 The video is brief (conforming to Japan’s 15-second standard) I but still manages to squeeze in all of the game’s playable heroes, and the heroines who will support them. We get to see Dante, Nero, V, Trish, Lady, and the brand new Nico.

It’s a nice little clip to bring some more hype to the already massively-anticipated game that will bring back the beloved franchise to its Japanese origins after the polarizing attempt by Ninja Theory.

You can check it out below. If you want to see more about Devil May Cry 5, you can watch the latest gameplay featuring V.

You can also enjoy the latest trailer featuring the image song by HYDE “Mad Qualia” (which also appears in this commercial) the previous gameplay showing Nico’s shop, more showcasing the Cameo Mode, and a brand new gameplay trailer featuring V.

We also recently learned that the game is going to be pretty naughty in words and deeds. lastly, you can watch a video showing a collaboration motorbike created with Triumph and themed on Dante’s image.

Devil May Cry 5 is scheduled to launch worldwide on March 8 for Xbox One, PS4, and PC.