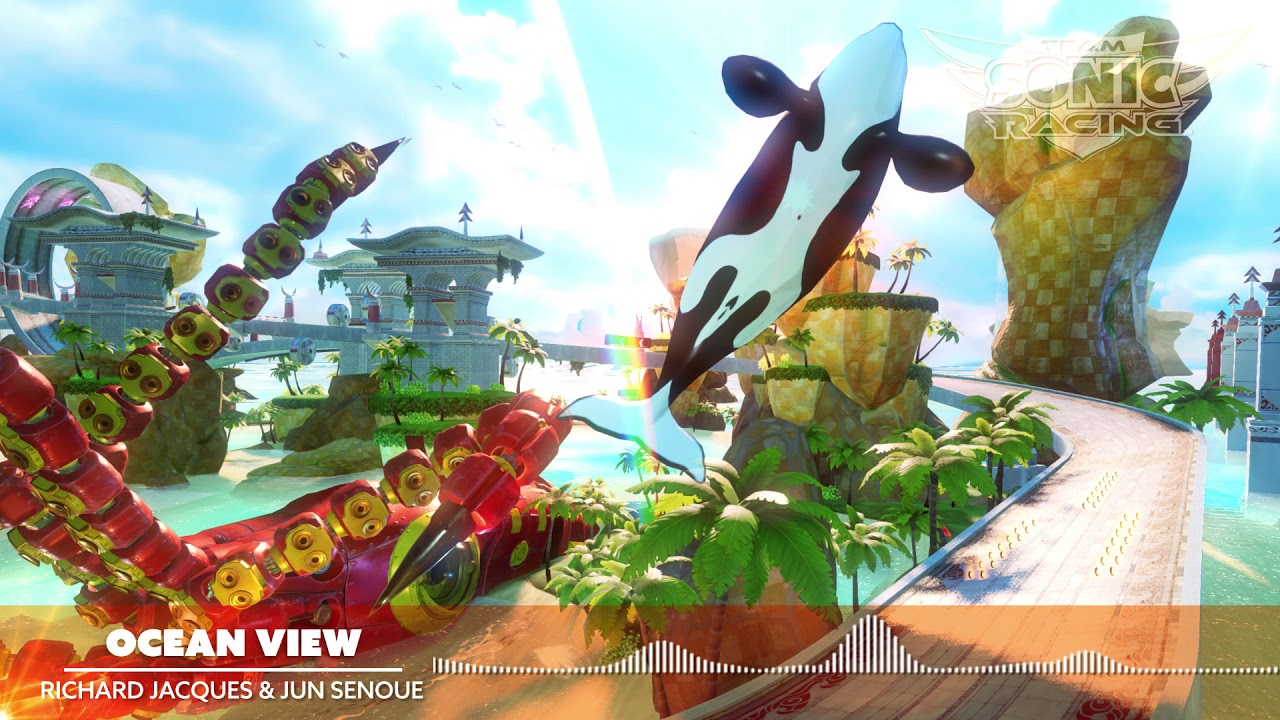 To excite fans before the spring launch of Team Sonic Racing, Sega has released yet another new music track for the racing game and has also shown off one of the new racing tracks called ‘Ocean View.’

From looking at the image shown in the video below, Ocean View will send Sonic and friends on a luxurious sunshine-filled track that will provide spectacular scenery of waves and perhaps, some sun-bathing anthropomorphic critters.

And not only does the track look to be super relaxing and fun, the Ocean View OST perfectly complements those beachy vibes. As a matter of fact, iconic Sonic series composer Jun Senoue has partnered with Richard Jacques and S.A.M.E to bring this instrumental remix of ‘You Can Do Anything’ into Team Sonic Racing.

If you head down below, we included the new music track as well as the original Sonic CD track that it is based off from that you guys can do some comparisons.

Team Sonic Racing was originally delayed in order to “deliver the highest quality experience to fans,” but now, the racer is slated to release on May 21, 2019, for Xbox One, Switch, PS4, and PC.

And if you’re really into the rad music that Sega puts into Sonic games like we are, then be sure to check out some of these other tracks that will be in Team Sonic Racing: