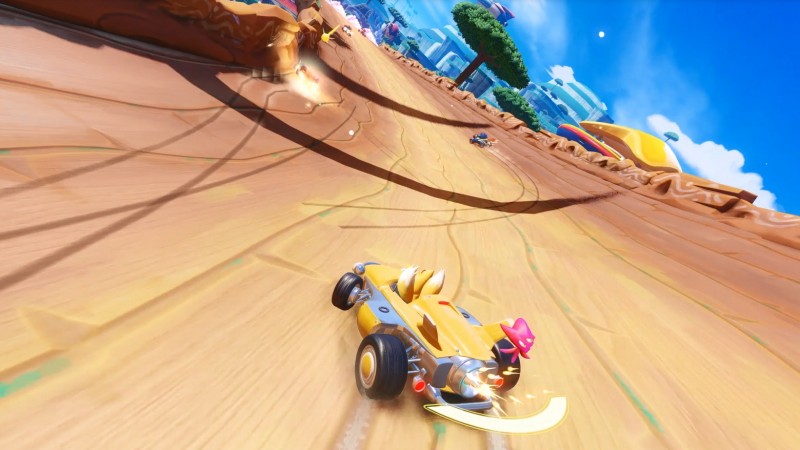 Of all Team Sonic Racing tracks that have dropped on Sonic the Hedgehog’s official YouTube channel since last month, Sand Road may be the best.

This jazz-influenced track is an ode to Sand Hill. If you aren’t familiar with the stage, it originates from Sonic Adventure where it’s only playable as Tails. Sand Hill Zone also makes an appearance in Archie Comics’ Sonic the Hedgehog #226.


The track is upbeat, funky, and fresh—everything you need for hours of enjoyable listening in a racing game. With a competing title like Crash Team Racing Nitro-Fueled being announced at The Game Awards just last week, Sega’s continuous drip of Team Sonic Racing’s soundtrack is giving fans something to look forward to.

The track features Jun Senoue, the piano and synths of Tee Lopes, and Takeshi Taneda on bass. It’s a collaboration of some of Sega’s most beloved composers, so it’s no surprise that this track is being received so well all across social media.

As a stage that doesn’t have a very storied history in the series, this track is also taking many fans by surprise. Other tracks released on Sonic’s YouTube channel include Boo’s House (Sandopolis Zone), Market Street (Rooftop Run), and Whale Lagoon (Seaside Hill).

Team Sonic Racing is set to feature characters like Amy Rose, Four Chao, Big the Cat, Silver, Blaze, Vector, and many more. It’s scheduled for release on May 21st of next year, after Sega had to delay the title, and will be playable on PlayStation 4, Nintendo Switch, Xbox One, and PC.