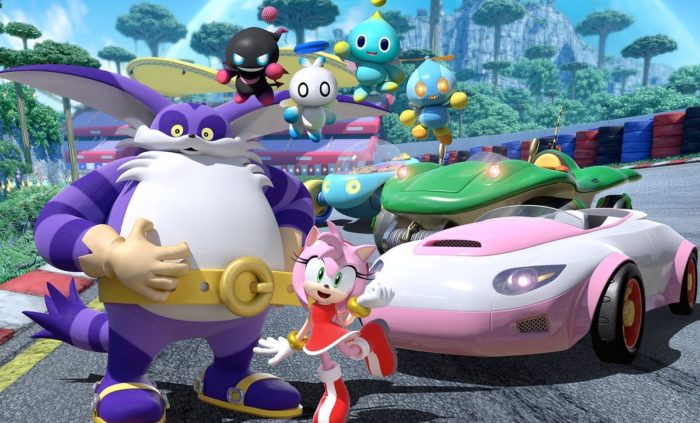 – Amy Rose
– Big the Cat
– Four Chao, all driving together

We could not be more proud. pic.twitter.com/J6khOItpzq

Before the reveal of Team Rose, two other teams have already been announced for Team Sonic Racing. The first is Team Sonic consisting of Sonic himself, Tails, and Knuckles, and the second is Team Dark that includes Shadow, Rouge, and E-123 Omega.

With single-player and multiplayer modes for up to 12 people, characters work together as a team with moves to both interrupt other racers and aid their allies on the track. Sega has promised 15 playable characters for Team Sonic Racing in the past, so at least one or two more teams are sure to follow Team Rose.

Team Sonic Racing releases for PC, Xbox One, PS4, and Nintendo Switch sometime in Winter 2018. All versions of the game will be available for purchase as a digital or physical copy, expect for PC which is releasing digital only.