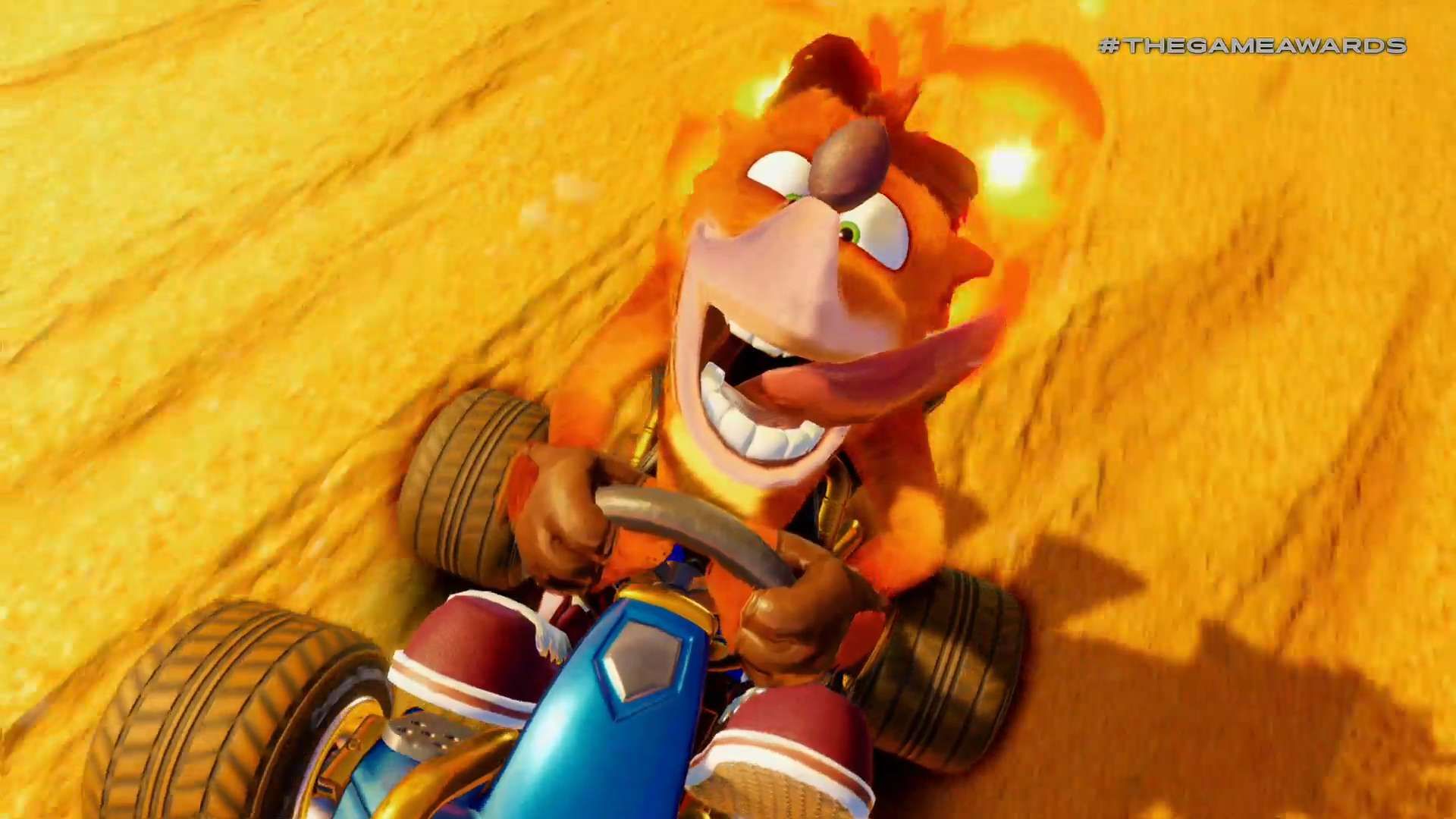 Rumors have been buzzing around the internet for the last week about a Crash Team Racing remaster, and now those rumors are coming to fruition, as Crash Team Racing: Nitro-Fueled was officially announced at The Game Awards.

Crash Team Racing Nitro-Fueled will have online play something, obviously, not featured in the original game.

It’s not a huge surprise that Activision would choose to remaster Crash Team Racing, one because of it being an all-time fan favorite of the series, and two because of the overwhelming success of the Crash Bandicoot N’Sane Trilogy. Since the N’Sane Trilogy’s release the remaster has racked up over 2.5 million in sales, and the recently released Spyro Reignited Trilogy seems to be doing quite well too.

Crash Team Racing originally released on the PS1 in 1999, and it quickly became one of the most beloved kart-racing games out there, outside of the Mario Kart series. Crash Team Racing had a roster of 15 different characters to race with, and the title put a big emphasis on using power slides to build up boosts.

There was even an Adventure Mode in the game, which tasked you with saving the world from a new villain named Nitros Oxide.

Crash Team Racing: Nitro-Fueled will launch on June 21, 2019 on PS4, Xbox One, and Nintendo Switch. You can check out the first trailer for the game just below, and here’s the official description via PlayStation.

“Crash is back in the driver’s seat! Get ready to go fur-throttle with Crash™ Team Racing Nitro-Fueled. It’s the authentic CTR experience, now fully-remastered and revved up to the max:

• Start your engines with the original game modes, characters, tracks, power-ups, weapons and controls
• Power slide to glory in additional karts and tracks from beyond the original game
• Race online with friends and Crash the competition with online leaderboards With Crash™ Team Racing Nitro-Fueled, the stakes are high and the competition is fierce. It’s the CTR you love, now kicked into the highest gear.”