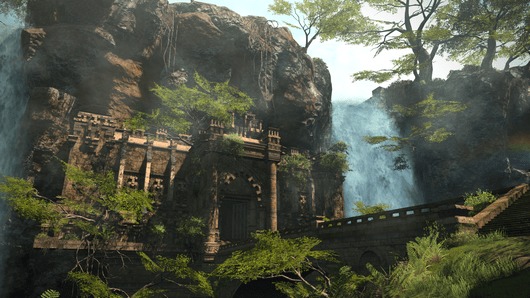 How to Start the Orbonne Monastery Ivalice Alliance Raid in FFXIV Patch 4.5

With the release of patch 4.5 in FFXIV, fans have quite a bit of new story content to dive into. Aside from that, though, the Return to Ivalice side story is also continuing, and Square Enix has added a new Alliance raid to go along with it. With that said, here’s how to start the Orbonne Monastery Alliance raid in FFXIV patch 4.5.

First things first, you need to have completed the first two Alliance raids in Stormblood: The Royal City of Rabanastre, and Ridorana Lighthouse. Once both raids have been completed at least once, you’ll be able to progress through the Ivalice storyline and access the third Alliance raid.

Once you’ve got all that out of the way, head to Kugane and talk to Lina Mewrilah (X:10.3 Y:12.0) to start the quest titled The Path of Most Resistance. Again, you need to have completed the Annihilation quest (which gave you access to Ridorana Lighthouse) before this quest becomes available.

After that, just follow the quest structure and you’ll eventually be tasked with entering the Orbonne Monastery. Like previous Alliance raids in FFXIV, this is a 24-man dungeon, so you can expect things to get a little crazy.

The Orbonne Monastery also has an item level requirement of 365, which means that Mendacity gear alone won’t be enough. Genesis gear from Rhalgr’s Reach can help you get to 390, or you can run the Alphascape raids for a quick boost in your gear level.

Just like Rabanastre and Lighthouse, Orbonne Monastery will also reward you with coins that can be exchanged for valuable items and gear upgrades, as well as Ivalice gear to strengthen your character as well.

That’s all you need to know about how to start the Orbonne Monastery Alliance raid in FFXIV patch 4.5. Be sure to search for Twinfinite for more FFXIV-related content.

If you’re looking for more FFXIV patch 4.5 guides, we’ve got you covered with how to start the MSQ (Soul Searching) and how to start The Wreath of Snakes (EX) Trial, too.

Question: How do you start the Orbonne Monastery Ivalice Alliance raid in FFXIV patch 4.5?

Answer: You need to have completed Royal City of Rabanastre and Ridorana Lighthouse first. Go to Kugane and talk to Lina (X:10.3 Y:12.0) to start the quest, which will eventually unlock the raid for you.