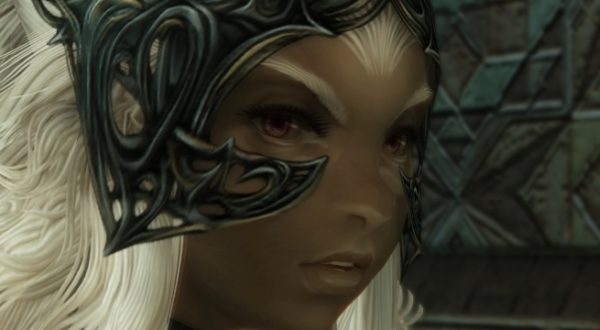 Anyone who has ever watched a Final Fantasy XIV livestream knows that you always look for what shirt FFXIV producer Naoki Yoshida is wearing. Usually it hints at a new job, but this time, it appears to be hinting at Viera being added as a new race.

Shadowbringers was confirmed as the next expansion for FFXIV along with a myriad of new details. Notably, it was confirmed that there would be a new race added into the game, but Yoshida was not ready to confirm what it is just yet.

That statement was made in jest though because not long after he said that, Yoshida turned around and the camera panned in to show off the back of his t-shirt which showed Bugs Bunny to a roar from the crowd.

Anyone familiar with the Ivalice games in the series knows that can only mean one thing: Vieras are coming to Final Fantasy XIV.

In case that wasn’t enough of confirmation for you, he mentioned that another big hint may be dropped during the final part of the Return to Ivalice alliance raid… which of course strengthens the connection to the Viera.

Viera have been arguably the most requested race ever since fans realized that Yoshida was willing to add new races into the game. The development team first wanted to try their hand of creating their own idea unique to Final Fantasy XIV. That turned out to be the demon-like Au-Ra. Now it appears the Viera will finally have their moment as well.

However, Yoshida also mentioned that this might be the last race that they add to FFXIV. He commented that it was a lot of work and is difficult to do.

Take that with a grain of salt though. Yoshida also said in the past that they probably weren’t ever going to try adding a new job mid-expansion, and we saw how that turned out today.