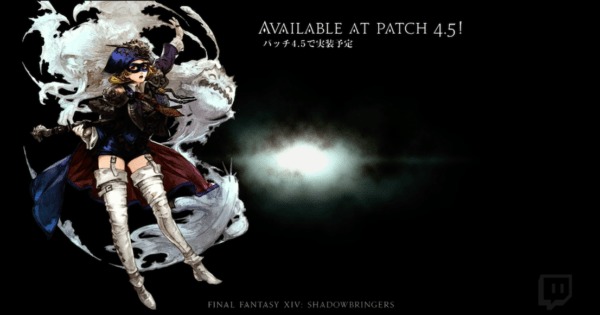 Shockingly, Final Fantasy XIV producer Naoki Yoshida revealed that the next job for FFXIV would be the Blue Mage, and that it would be released at the next patch, 4.5; long before the next expansion Shadowbringers hits in the summer of 2019.

Blue Mage will not count towards the “multiple” new jobs that are being added in Shadowbringers.

Blue Mage will be a “limited job” (more on that in a second) and will have the following features: learned job actions, a BLU-only duty, and a level cap set at 50 which will increase as Shadowbringers is expanded.

Yoshida had once said that adding new jobs in between patches is extremely difficult. Something that he and the dev team learned when they introduced Ninja mid-A Realm Reborn.

So it is especially surprising that not only is a new job indeed being added mid-Stormblood, but it’s Blue Mage, a job that is inherently complicated because of its unique ability to learn job actions. That is where the catch may play in though.

Tomorrow, we will learn what is meant by “limited job” but it seems, based on the lower level cap, exclusive duty, and that there doesn’t appear to be a way for Blue Mage to fit neatly into the holy trinity of party roles, that Blue Mage may not fit into traditional parties at all, and may instead be a side-job with its own activities.

This would be a logical workaround that would allow the FFXIV team to add the oft-requested job into the game, without having to restrict what people traditionally think the job should behave like in order to fit the very rigid three role system that is currently in FFXIV.