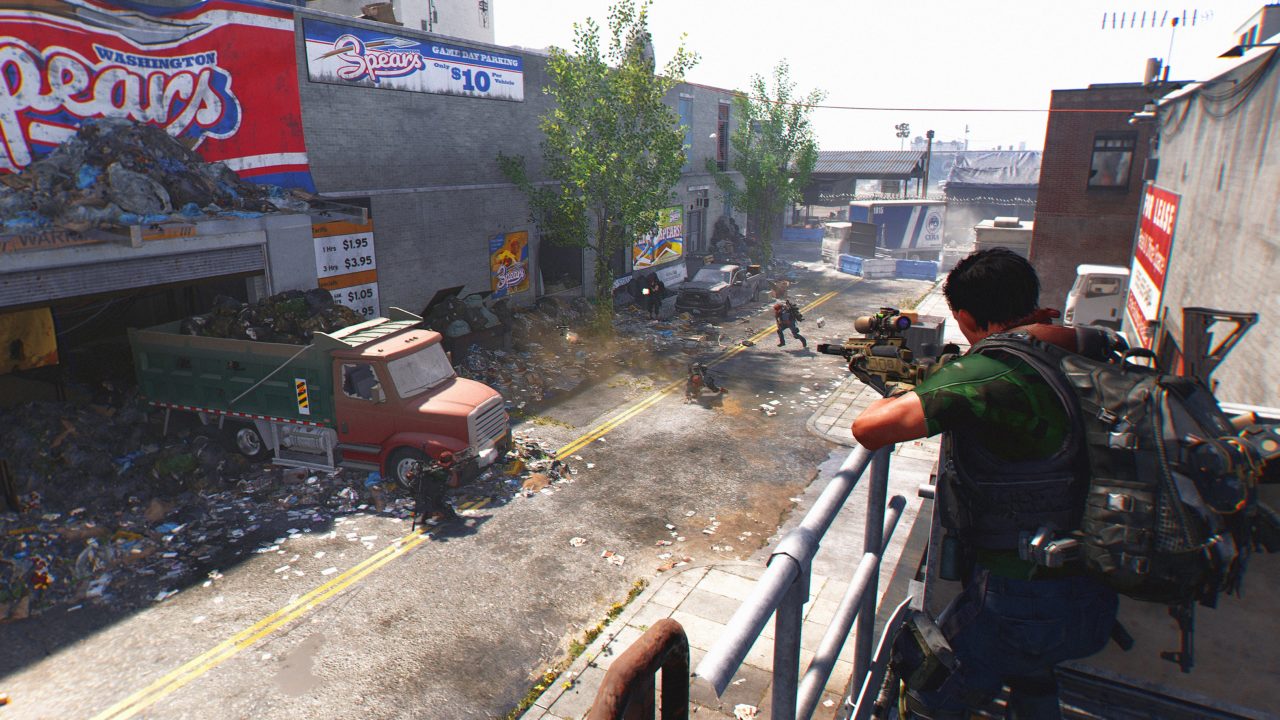 Ubisoft has just released two Division 2 videos that delve into the new Dark Zones and PvP Conflict modes diving into details on the sequel’s changes to Dark Zones, PvP, and the new occupied Dark Zones.

Our hands-on preview goes in great detail about what to expect in the Dark Zone, but the video describes the differences between the new three PvEvP Dark Zones, a big change from the previous game.

These zones contain powerful enemies and loot for players to hunt down, but also allows other players to kill other agents and steal contaminated gear.

Another notable change discussed by the narrators is how going Rogue will work this time around. In the first Division, shooting other agents in the Dark Zone would simply give you Rogue status and make you more visible to other players, but there is now a three-tiered system that includes PvE elements.

A player can now become Rogue by committing a non-lethal anti-agent activity such as stealing loot. This new status means that the punishment for attacking another agent was increased and is now called Disavowed Rogue.

If a Disavowed Rogue continues to kill other players they can reach the final Rogue level of Manhunt. Being marked with Manhunt makes you visible to the entire server and places a sizable bounty on your head.

Rogue status at any level can be removed by respawning, visiting the thieves den, letting your Rouge timer expire, or hacking one of the Dark Zone Manhunt terminals.

Next, the videos talk about the Division 2’s PvP which is referred to as Conflict. At launch, Conflict will have two 4v4 game modes, three maps, and level normalization that balances player level and gear strength.

The first game mode shown is Domination. Domination is an objective-based mode where players fight to control three zones. A team’s score will increase when they stay inside a zone together or complete specific actions.

Conflict’s second game mode is called Skirmish. This mode is the Division 2’s version of Team Deathmatch and the first team to run out of lives loses.

Finally, the videos briefly cover the game’s occupied Dark Zones. One of the three Dark Zones will have an occupied designation which means that it will have better rewards, but friendly fire and level normalization will be turned off.

Both videos can be found below. If you want to learn more about the Division 2, make sure you check out our hands-on preview from a recent Ubisoft event.

You can also read more about the game’s Dark Zone and PvP modes here and here. Be sure to check back tomorrow for our full interview with Red Storm Creative Director Terry Spier.