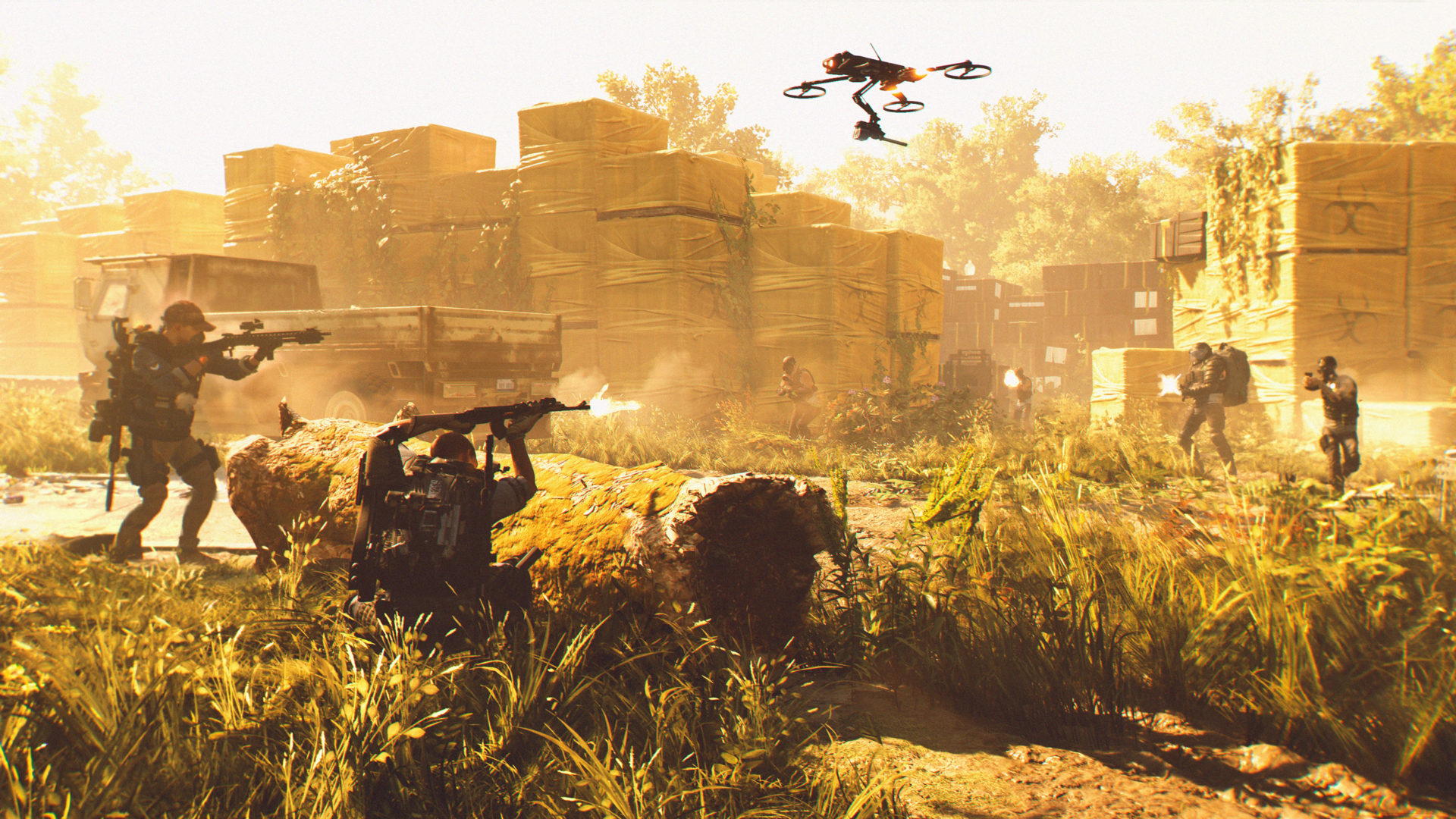 Like many, I put a lot of hours into The Division when it first came out in 2016, roaming around the Winter wasteland of Manhattan to see what it had to uncover.

I certainly qualified as a “casual” player though, simply wanting to enjoy the plot, audio diaries, and co-op PvE experiences the main campaign had to offer. I didn’t spend a ton of time min/maxing a build geared towards terrorizing The Dark Zone.

As such, I avoided the Dark Zone more often than not, as its PvP combat skewed more toward players with a hardcore focus. That was the case with lots of players though, hence the changes Ubisoft has planned.

Despite this, I was very excited to be able to try out The Division 2’s revamped PvP. With the addition of two new Dark Zones – making three in total – and organized multiplayer, Conflict, it was clear right off the bat that The Division 2’s PvP was more welcoming to casual players.

This was reinforced with the way the game introduces each Dark Zone.

I started out in Dark Zone East with three other players, simply exploring the environments and relearning the mechanics. Layout wise, this biome was very open, as the area surrounding the Capitol Train Station featured plenty of long lines of sight.

This was the first instance in The Division 2 where I realized how important it was to be able to scope out the environment before actually even engaging in combat.

After swapping through the inventory, my Agent was now equipped with a Marksman rifle to help make sure I had a long range advantage.

This was beneficial as time went on in Dark Zone East, as enemies and other players alike were at a distinct disadvantage if they didn’t set up their build for a long distance firefight.

Finding other Agents wasn’t too prevalent in this first biome though, as things focused primarily on PvE and explaining the new Rogue Loop.

Just like in the original, actions have consequences in The Division 2’s Dark Zones, as players can be disavowed for doing actions the game sees as dishonorable. A lot of that simply came down to ganging up on and killing other players in the Division though.

The Rogue Loop in The Division 2 is an interesting workaround to this, as it lets both solo players and groups hack transponders and open chests in order to find and unlock valuable loot, all without even having to engage in combat.

Doing so will increase your rogue status accordingly though, meaning players will see you on the map, giving away your position.

It wasn’t until a few loops and multiple extractions later that our team went rogue. Once we did, chaos ensued throughout the map.

Whether we were at a landmark, extraction zone, or simply walking around doing another Rogue Loop, the PvPvE actions were intense. With three other teams in the zone and a slew of A.I enemies, it was very easy to get ganged up on at any point.

Setting up turrets, choosing the right builds, and teamwork alleviated a lot of the pressures of this, resulting in plenty of kills and rewards. Revives and respawns also worked to even things out and decrease downtime.

Eventually, we switched over to Dark Zone South. Located near the waterfront, this biome was considerably different, boasting both tight spaces and large interiors.

Machine guns and shotguns took precedence, as they worked wonders for being able to fire from cover and set up ambushes around corners. Our group found itself hiding together near extractions more often than not this time around.

We had a fair amount of success, as I was even able to take down an entire opposing team while they were distracted fighting my group.

Conflict was definitely what I was most excited to get my hands on though.

After years of playing the Call of Duty and Halo series online, I was looking forward to more organized, and traditional PvP experiences in The Division, in addition to, and not in spite of what players were used to in the first game.

With a 4v4 layout, we went up against other players in Skirmish first, located on the map Georgetown. The game’s deathmatch premise was simple enough, allocating a set amount of lives, with the winner declared after one team’s stock has been depleted.

Georgetown’s elevated areas and tight alleyways resulted in varied play styles, causing players to switch between snipers and shotguns depending on location.

Gadget placement was also key, as setting up a turret in an open space at a high elevation almost guaranteed holding the best positions.

After a few matches of Skirmish, Domination was next up. The Division 2’s version of capture the point was much different from what I experienced on Georgetown.

Located on the map Capitol Ruins, the second organized PvP mode featured less open space. Instead of elevated buildings, the map was primarily flat, choosing to focus more on cover and medium-ranged action.

Sites A and C were located right next to each main spawn, making it so that things weren’t too one-sided. As a result of this layout, the middle site, B, was pretty hectic.

Site B was very open, providing very little cover and plenty of different angles to get taken out from. Setting up turrets and drones first did shift the balance though, as they were almost too accurate.

Equipping EMP grenades helped with this a bit, but I found shields to be the easiest way to stay alive against drones. I switched between builds a few times throughout the match – trying out different weapons (Crossbow) and combinations – but eventually came back to what I felt comfortable with, the semi-auto shotgun.

Firefights felt fluid and the action was balanced for the most part. Conflict was certainly a welcome inclusion from the little bit I managed to play.

As a casual player from the original, I was satisfied with how many changes The Division 2 made in order to make PvP feel more welcoming.

Introductory missions, a new Rouge Loop, and the addition of organized multiplayer in the form of Conflict made wanting to experience the Dark Zone and online action much more enticing and viable.

It’ll be interesting to see if these changes persuade other casual players to try PvP more this time around as well.

More than anything, I’m personally anticipating as to whether this new found enjoyment of PvP in The Division 2 will result in me want to try Occupied Dark Zones; areas where friendly fire, normalization, and status are all turned off.

In the meantime, be sure to keep an eye out for more coverage of The Division 2 up until it releases on March 15, 2019 including our full interview with Red Storm Creative Director Terry Spier, out tomorrow.