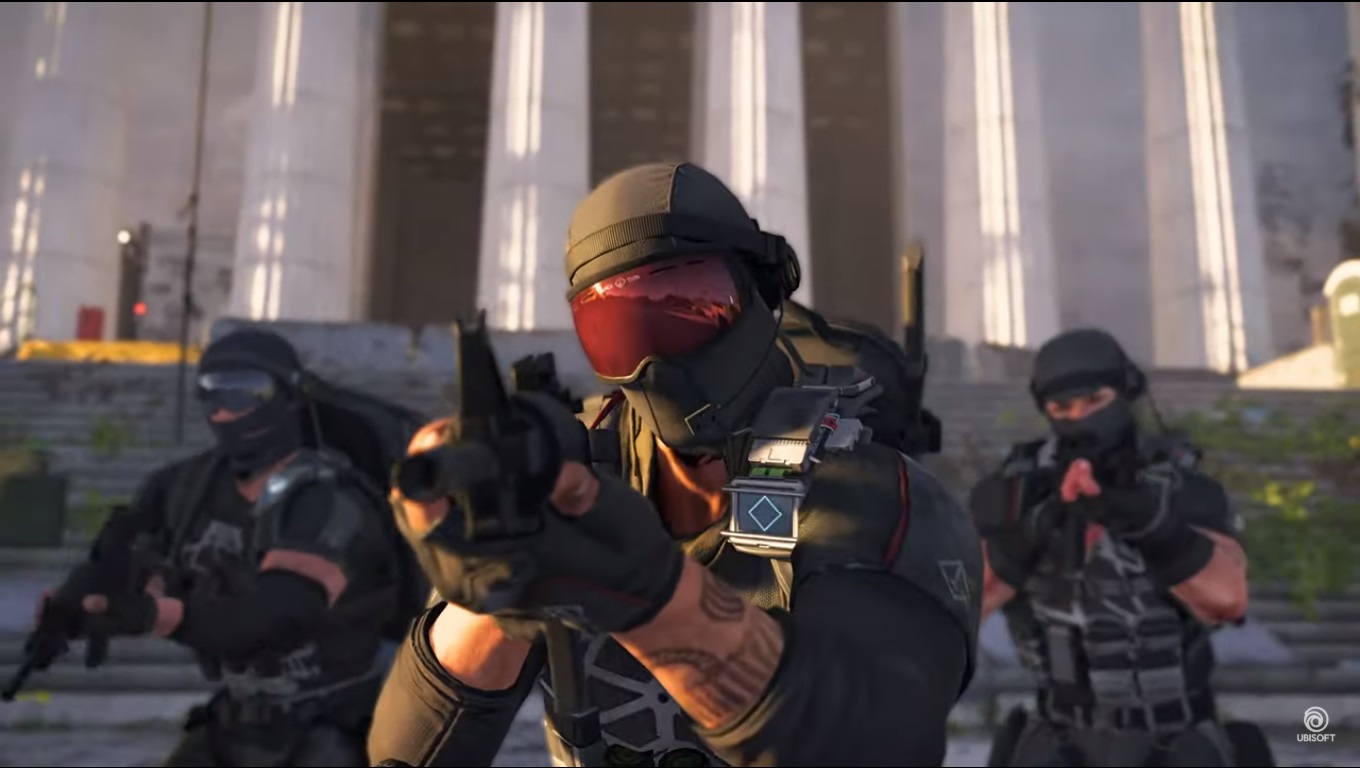 Ubisoft released a brand new story trailer for The Division 2 earlier today, revealing just how much the world has changed in the seven months since the events of Black Friday. Instead of New York though, the sequel sees Agents heading to Washington, a city in the midst of civil war.

In the trailer, the chaos that is currently occurring in D.C. takes center stage. Ruthless factions roam the land, as hyenas, religious zealots, and fascists form into groups in order to prey on the helpless.

The clip shows off plenty of instances of violence on display against citizens, as these groups show no mercy to the weak. Division Agents have been dispatched to deal with the threat, combing through the city to take out hostiles.

Suicide bombers, gas-masked man, and plenty of other intimidating foes are just a few of the enemies on display in this new video. While hope is prevalent in the form of a speech overlaying rallying Division Agents, the trailer ends with a looming threat.

A deep, distorted voice states that Division Agents should be “terminated with extreme prejudice,” as commandos zip-line down a chopper, guns drawn. Unlike the factions at the start of the video, these enemies are heavily armed and seemingly professionally trained.

On top of the story elements and themes, the trailer also showed off a lot of the environmental changes players can expect in The Division 2. Almost every part of Washington is dilapidated, shown by overgrown vegetation, dead animals, and destroyed buildings.

A wide variety of landscapes can also be seen in this trailer. Areas range from wide open exteriors to close-quartered buildings, as The Division 2’s new setting shows how different Washington is from Manhatten.

The Division 2 is set to release for Microsoft Windows, PlayStation 4, and Xbox One on March 15, 2019.