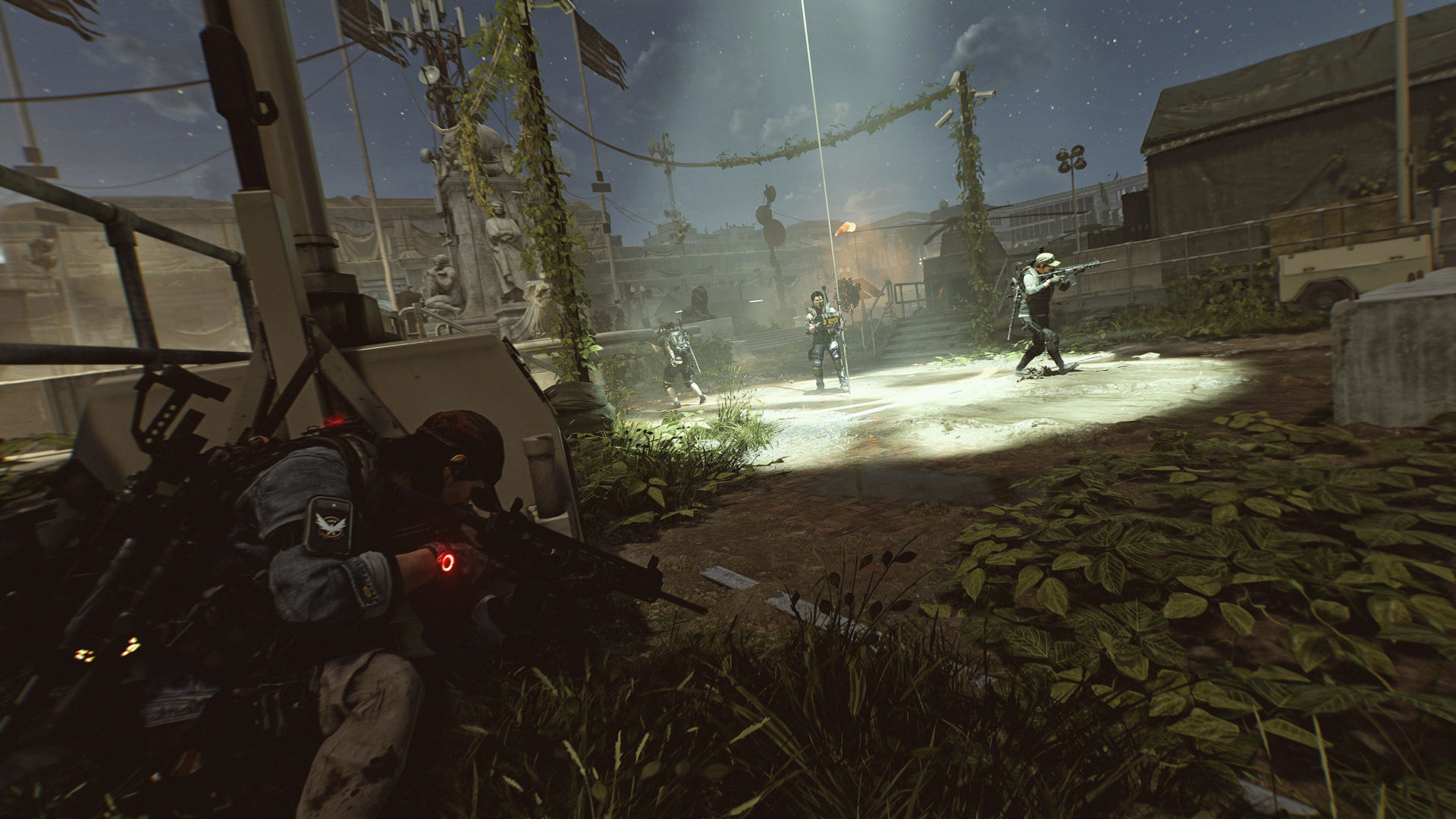 Ever since The Division 2 was announced, there have been a lot of questions regarding what Ubisoft would keep and change from the original title. While there is certainly an approach of “don’t fix what isn’t broken” for the sequel, a lot of updates have been implemented especially in regards to PvP.

During a recent interview we had with Red Storm Creative Director Terry Spier, we learned more about how The Division 2 will be improving the game’s PvP.

One of the biggest changes for The Division 2 will be its focus on allowing solo players to have a fair experience in the Dark Zone. Red Storm Creative Director Terry Spier spoke about this, also detailing the perks of playing alone.

“You can absolutely have a solo player experience in the Dark Zone, and it can be lucrative for you,” said Spier. “The whole intention of the Dark Zone, being about greed, is that there is a little bit of potential for a faster path through the RNG, farming part of the RPG.”

He went on to emphasize that fights will also be inherently fairer in The Division 2 thanks to normalization.

Since combat has been balanced to reflect gun stats and build choices, PvP interactions will focus on strategy and skill, rather than who has played the game more and unlocked better weapons.

The addition of organized PvP, Conflict, will also help solo players show off their strengths.

While queuing up as a group for games of Skirmish and Domination certainly have their advantages, The Division 2’s 4v4 dedicated multiplayer is another instance where expert players won’t be held back if they are good enough.

One of the most interesting changes in The Division 2’s PvP though – at least in the Dark Zone – actually revolves around the ability to avoid it entirely, all while still earning incentives.

Thanks to the game’s new Rogue Loop, you can spend an entire night in the Dark Zone completing rogue content.

Doing these mini-missions will eventually lead you to a safe zone area that features a merchant selling valuable gear. These actions do have consequences though, as player’s rogue status will increase with every rogue action they do.

Go through the Rogue Loop too quickly in a short amount of time and competitors will be aware of your location, likely eager to steal all of the precious loot you just got.

Play your cards right though, using the map to keep an eye on other players and engagements, and the Dark Zone will be just as profitable for lone wolves as it is for groups.

The Division 2 releases for Microsoft Windows, PlayStation 4, and Xbox One on March 15, 2019.

Our full interview with Red Storm Creative Director Terry Spier, will be released tomorrow but in the meantime, let us know what you think of the PvP changes below.