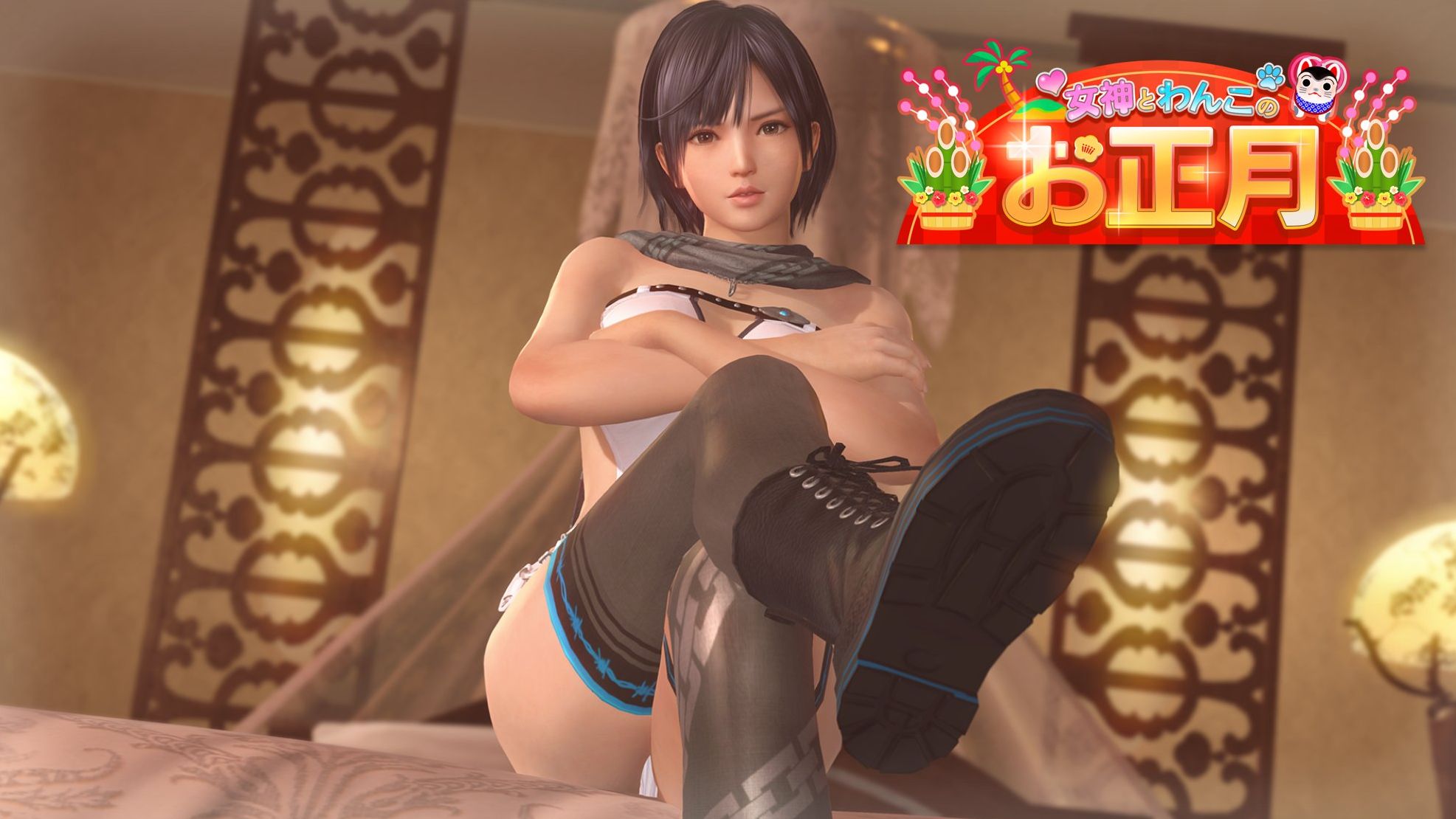 The Holiday period is the best time to play free to play games, and following the rather rewarding Christmas event, Koei Tecmo and DMM are preparing Dead or Alive Xtreme: Venus Vacation fans for the New Year.

Today’s update is a bit of a middle ground, as it’s basically a prelude to the New Year event, which is probably going to be bigger if precedent is any indication.

Yet, players can still get one SSR ticket simply by logging in every day for a week, which is always a good thing. On top of that, the current event lets us unlock a lot of V-stones (which I would set aside for the New Year gacha proper next week) and some “Keys of the Heart” which can be used to increase affection between girls in the Owner’s room.

The event also awards mandarins (which is a typical New Year treat in Japan), that can be gifted to girls for a very nice xp boost.

It’s worth mentioning that this transition event will last less than usual, ending on Dec. 31 at 11:59 PM Japan Time. You may want to finish the event matches by then, but the score rewards will continue into next week’s event, so you can take it easier there.

If you’re not familiar with Dead or Alive Xtreme: Venus Vacation, it’s available exclusively for PC only at the moment, and only in Japanese. It just received a brand new girl who never appeared in the Dead or Alive series before, Misaki’s older sister Nagisa.