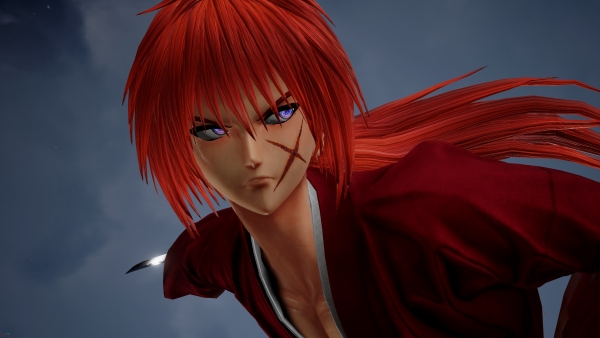 Jump Force’s roster continues to grow as a new trailer reveals that characters from Rurouni Kenshin will be available for play.

Streamed by Bandai Namco Entertainment through their official YouTube account, the trailer shows two of the main characters from Ruroni Kenshin in action.

One is the series protagonist Kenshin, a former samurai who has made an oath to never take another life. His move set prioritizes speed and positioning above all else, with several techniques that allow players to move behind opponents and deliver rapid fire blows.

The other is Shishio Makoto, a samurai scarred by flames and one of Kenshin’s most dangerous enemies. Able to set his sword ablaze, his attacks hit with a scorching heat that’ll help him face most any enemy head on.

Revealed earlier this year, Jump Force pits characters from across Shonen Jump’s catalogue of series against one another as they try to make sense of a sudden cosmic event. The story hosts original characters designed by Akira Toriyama which players will have to befriend or defeat to restore peace and order.

The game’s roster has continued to expand since its release, with heroes and villains alike added to the mix. Most recently, characters from Fist of the North Star and Saint Seiya have been confirmed with character reveal trailers showing the combatants in action.

Each character has moves and abilities based on their respective series, and players can craft a team of three combatants of their choosing. This can include characters from the same series, or a mash up of different protagonists and villains from any number of different series.

Jump Force is set to release on PlayStation 4, Xbox One and PC in February of 2019. For more on the game, check out the title’s ultimate transformations trailer for a peak at some characters’ most powerful moves.