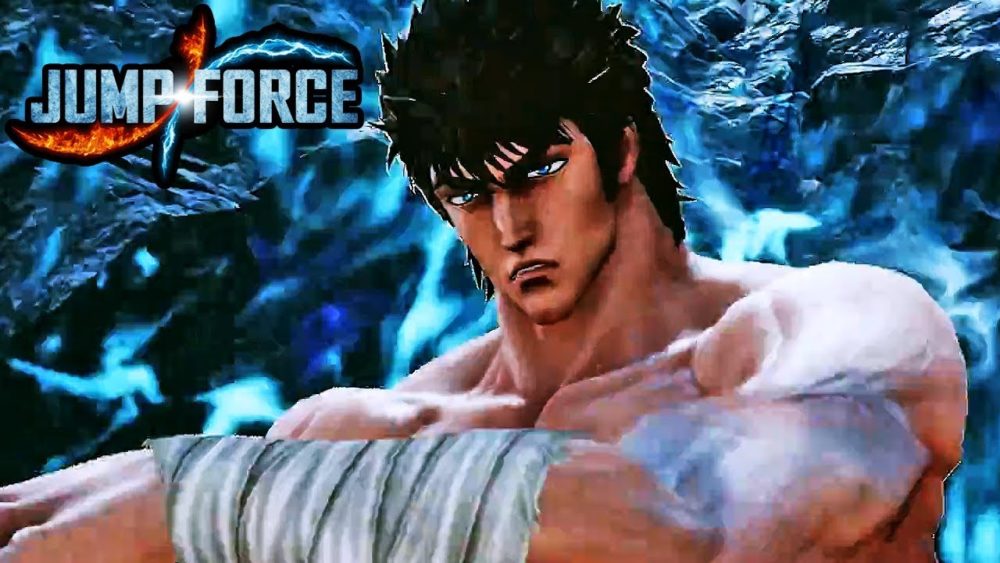 Jump Force will launch on Feb. 15, 2019 for PlayStation 4, Xbox One, and PC, Bandai Namo announced today. The roster of Jump Force also continues to get even larger, as today’s additions see two more iconic characters join the fray. Kenshiro from the classic battle manga Fist of the North Star joins, as well as the suave Ryo Saeba from City Hunter. A new trailer was released with the announcement, which you can watch below.

As the heir to the ancient martial art, Hokuto Shinken, Kenshiro is focused on jumping right into the thick of things with a flurry of blows. Meanwhile, Ryo uses a host of weapons to attack his opponent like a revolver, shotgun, and rocket launcher. Here’s the official overview of each character via Bandai Namco.

“Ryo, equipped with his trusted Colt Magnum, is a highly skilled gunman that rarely misses, as well as possessing extremely quick reflexes to dodge his enemy’s attacks.

On the other hand, Kenshiro, is an immensely strong expert user of the Hokuto Shinken martial arts, who is able to target and defeat his opponent brutally, swiftly and effortlessly.”

Bandai Namco has also revealed a new stage for the game, Paris. This stage blends elements of the Saint Seya universe, like the Clock Tower, with iconic real-world locations like the Arc de Triomphe.

Finally, the official box art for the game was also revealed, which we’ve put just below.

Jump Force launches on Feb. 15, 2019 for PS4, Xbox One, and PC. Check out the last trailer with the reveal of Saint Seiya if you happened to miss it. You can also see some of our hands-on impressions of Jump Force, from some recent playtime.