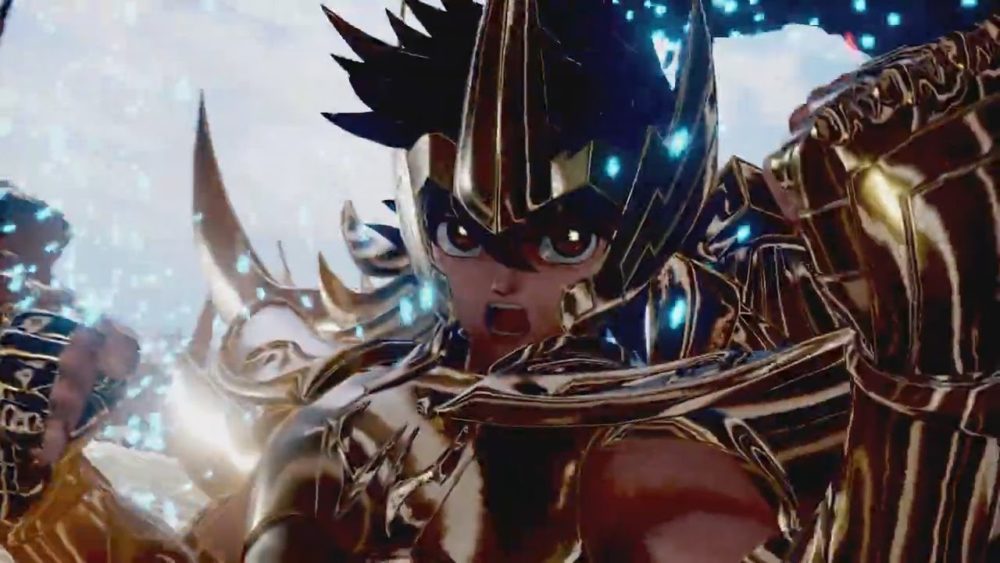 Saint Seiya, also known as Knights of the Zodiac in the west, is the latest anime to make its way to the roster of Jump Force. Bandai Namco released a trailer showing off two new characters from the classic anime/manga series. Pegasus Saint Seiya and Dragon Saint Shiryu will both be joining as playable characters.

Saint Seiya originally appeared as a serialized manga in Weekly Shonen Jump, running from 1986 to 1990. Since then the series has seen quite a few adaptions. The newest adaption is a brand new original series coming to Netflix in 2019.

“Appearing in iconic manga series Saint Seiya, Seiya and Shiryu are members of the Knights of the Zodiac, a group of handpicked warriors that have pledged to protect justice and peace across the world.

Pegasus Seiya is the Saint of the Pegasus constellation – famous for his unbending resolve and unbreakable mind. When in dire need, Seiya can call upon the power of the Gold Cloth of Sagittarius, increasing his strength to its ultimate limit.

The second playable character from Saint Seiya is Dragon Shiryu. Protected by the Dragon constellation, he is one of the calmest and most composed of all Saints. He is also one of the few Bronze Saints deemed worthy enough to wear the Gold Cloth. When needed, he can summon great strength from the Libra Cloth using its many weapons to defeat his foes.”

Jump Force will release in February 2019 on PS4, Xbox One, and PC. You can also take a look at our latest hands-on preview of the game from New York Comic Con.