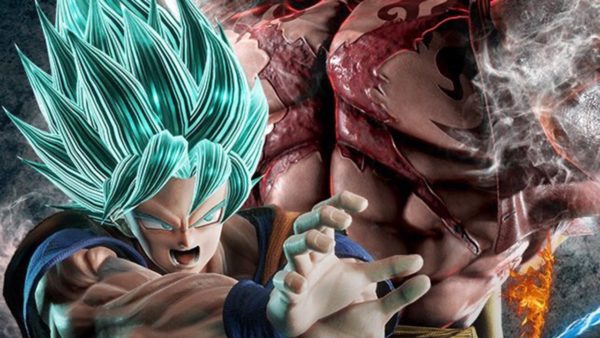 Bandai Namco has become synonymous with anime fighter games, working with source materials from the likes of Naruto, Dragon Ball Z and My Hero Academia. Their latest endeavor, coming off the heels of Dragon Ball FighterZ and My Hero One’s Justice, is the Shonen Jump crossover 3D fighter, Jump Force, which will feature characters from across the iconic magazine’s history.

Earlier today, the Bandai Namco Entertainment America YouTube channel uploaded their new “Awakening” trailer for the game. This footage is the first look at the gameplay mechanic they have dubbed “ultimate transformations.” The trailer showcases Super Saiyan Blue Goku and Vegeta as well as Golden Frieza, along with some of their special moves such as Frieza’s Death Saucers.

The three transformations shown off here are all for Dragon Ball characters, but it’s possible that other characters from different franchises on the roster will receive the ability to transform as well.

While the art style of the game has been a bit divisive, it’s hard to deny that the particle effects shown off so far for Jump Force look brilliant.

The super attacks especially look exactly how you would picture a realistic Kamehameha wave would look. Which is clearly the art style the developers are striving towards, given the map design featuring both recognizable real world and anime locations.

Jump Force launches in February 2019 for PS4, Xbox One and PC.

Captain Tsubasa: Rise Of New Champions Gets New Trailer All About Italy