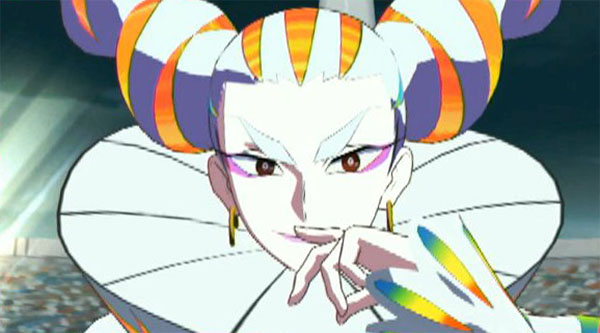 Today, during the Arcrevo Japan 2018 event, Arc System Works made a surprise announcement about the upcoming anime-based game Kill la Kill The Game: IF.

The title won’t just come to PS4 and PC as initially announced, but it will also be released for Nintendo Switch.

On top of the new platform, two new characters have been revealed, Nui Harime and main villainess Ragyo Kiryuin, mother of Satsuki and Ryuko.

Below you can check out the slides that were showcased on stage at the event, showcasing the new characters and the announcement of the Switch version.

If you’re unfamiliar with the game, it was announced back in June, developed by APLUS and published by Arc System Works. The first trailer was revealed at Anime Expo.

Kill la Kill is a popular anime TV series by Studio Trigger aired between 2013 and 2014. It includes extreme fights, a ton of violence, and a healthy dose fanservice.

Kill la Kill The Game: IF is actually the second game based on a Studio Trigger anime following Little Witch Academia: Chamber of Time, which was also developed by APLUS and published by Bandai Namco.

The game is set for release in 2019 both in Japan and in the west.