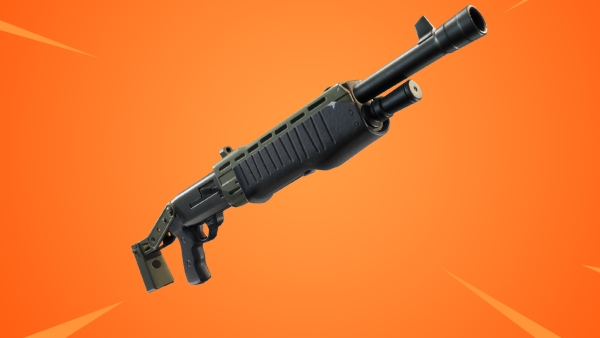 Epic Games revealed the latest patch notes for the 6.31 update coming to Fortnite later today, adding new weapons and content for both modes.

Battle Royale received a new Pump Shotgun for Epic and Legendary rarities, while the Double Barrel Shotgun introduced last August has been removed from just “floor loot” and not vaulted entirely. Pump Shotguns across all rarities will also have increased damage, but damage to father targets will be significantly less.

Other new gameplay features with the patch include a dedicated button to mark areas in the world without going into the fullscreen map and allowing players to pick up and throw already lit Dynamite back at enemies.

The Fortnite update also adds a new limited-time mode to Battle Royale called Team Rumble, where two teams of 20 players fight until one team reaches 100 eliminations. All players will respawn after dying and will keep their inventories.

The Save the World cooperative mode receives Act 2 of the Canny Valley area offering 21 new quests, a new landmark mission, and the “Ghost Town” sub biome that has turned the Wild West towns into ghost towns. The questline will feature new characters such as Global Storming Denier, Dr. Vinderman’s assistant Desiree, and the Steel Wool bass guitarist Carlos.

A new Legendary Constructor hero called Airheart can be bought from the in-game Event Store on Wednesday, Nov. 28 and will be available until “the release of v7.00.” The hero has a new ability that drops a mounted turret on any floor-piece and can be fired until it runs out of ammo.