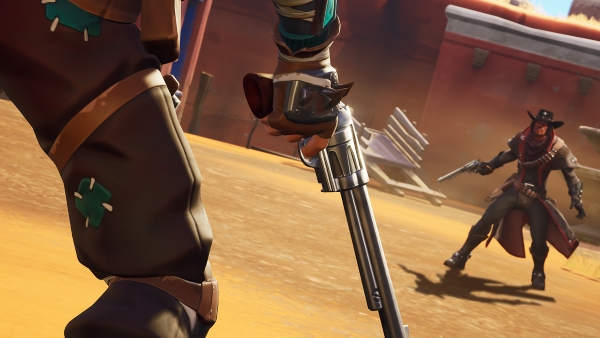 The latest content update for the Battle Royale and Save the World modes in Fortnite is now live, adding new items to both modes.

The 6.30 content update brings the wild frontier to Battle Royale with the Wild West limited-time mode. The mode offers only a limited set of weapons to fight with, including the Six Shooter pistol, hunting rifle, pump shotgun, and double barrel shotgun.

The patch notes mention the minigun was also in the mode, but developer Epic Games removed it shortly after launch. The newly added Dynamite weapon, also included in the limited-time mode, was also disabled from the game completely after the patch went live due to “an increase in client crashes,” though the studio said it is temporary until more information could be gathered.

The Dynamite was a grenade-type weapon meant to break down structures with 800 damage to structures and only 70 damage to players. The throw range was much shorter than a regular grenade, and starting a throw would light the Dynamite with a five-second fuse that could not be canceled.

The cooperative Save the World brings back the 8-Bit Demo Demolitionist Constructor Hero to the Weekly Store, available beginning Wednesday, Nov. 21 until Nov. 28. The new Ghost Pistol will also been added to the Weekly Store in the same time frame, and allows players to shoot “ghostly projectiles” through walls and enemies.