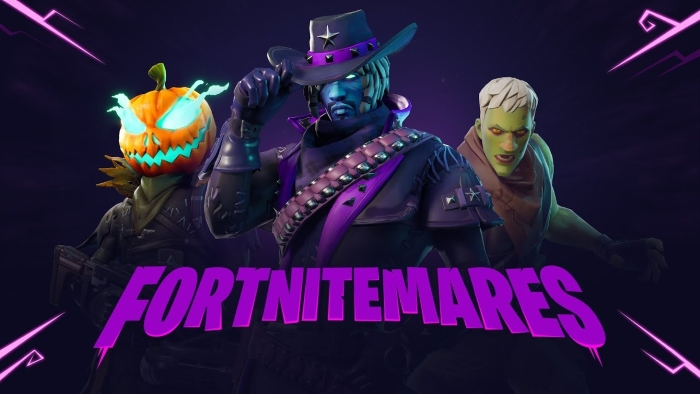 Fortnite developer Epic Games revealed more information about the game’s Halloween event coming later today and the latest patch notes for update 6.20. The Halloween event, Fornitemares 2018, will be for Battle Royale and Save the World modes, adding new challenges and rewards for both.

Battle Royale will be celebrating Fortnitemares by adding “Cube Monsters” to the map, spawned by randomly appearing cube fragments during every match. These new enemies will have a chance to drop loot and shields when defeated.

The event will have its own set of challenges every few days, such as destroying monsters and visiting certain areas, for players to earn various holiday in-game cosmetics. Completing all challenges gives the similar themed Dark Engine glider.

Update 6.20 has added more weapons for Battle Royal, including the Six Shooter pistol and Fortnitemares limited-time Fiend Hunter Crossbow. The update also adds more content for the Playground creative mode, changes to some storms’ wait times and damage dealing, and allows players to redeploy their gliders from a certain height in all game modes.

The functionality was first introduced in the Soaring 50s limited-time mode, but the studio is testing the feature for all of its regular modes.

Save the World added the “Vlad Moon Rising” questline with “additional narrative content” and a festive Llama that contains themed heroes, survivors, and a new set of Rat Rod weapons. Anyone who has already bought the Save The World mode will also receive two free heroes, Brainiac Jonesy and Skull Ranger Ramirez, during the event.

Epic Games announced earlier this week that Fortnite’s Save the World campaign will be delaying its free-to-play launch past the planned date of sometime in 2018. The studio is currently discounting all editions of the game at 50% off until Tuesday, Nov. 6.