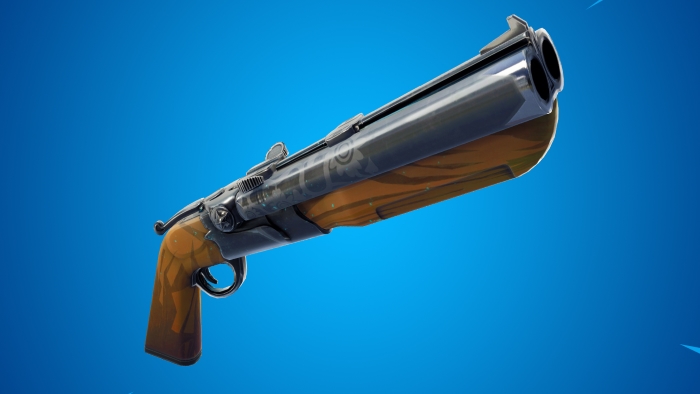 The 5.2 patch for Epic Games’ Fortnite dropped earlier today, bringing new content and changes for both Battle Royale and Save the World modes.

The double barrel shotgun has been added to Battle Royale as a weapon with high damage up close, but falters at a distance. The epic/legendary weapon fires 10 pellets, same as other shotguns, but with a larger spread and a two-second cooldown when switching weapons. Other huge changes include increasing the spawn rate of vending machines while decreasing its cost across all rarities and reducing the drop count and max stack size of remote explosives, a change that was hinted at in a developer’s update video in late July.

A new Limited-Time Mode called Steady Storm has also been added, which contains no safe zones. The storm will continuously close in over the course of 15 minutes, and players will have to check the map to chart where the storm is heading.

Fortnite’s Save the World mode has adjusted the power ratings of late game missions and added ratings Challenge the Horde missions in the patch. Power ratings have increased for Canny Valley and Twine Peaks missions, so an old required rating of 28 is now 40 with a higher recommended rating at 46. The 5.2 update also brings a huge list of bug fixes, which can be found in the official patch notes.