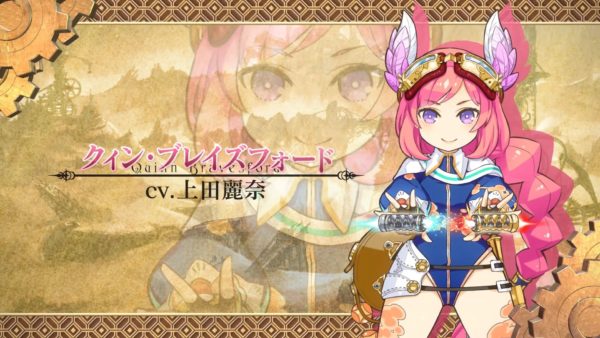 The video is rather extensive, clocking at nearly five minutes of footage. We get to see combat, the base building elements that are one of the game’s selling points, some of the environments that we’ll explore, and a deep dive into the cast of characters that we’ll play and meet.

One of the interesting aspects of the game is certainly the fact that part of the artwork comes from the talented pen of Yoshitaka Amano, well known for his work on the Final Fantasy series, and contrasting in a rather interesting way with the cutesy character design.

One thing is for sure: Arc of Alchemist appears to be rather different from the usual gamers that we’re used to seeing from Compile Heart.

It will release in Japan on February 7th, 2019, following a delay that made it slip beyond 2018. A western release has already been announced for next summer.

If you’re interested in reading more about Japanese games, you can enjoy our recent articles about Blade Arcus Rebellion from Shining and Project Judge. You can also read about the newly announced limited edition for Langrisser I & II.