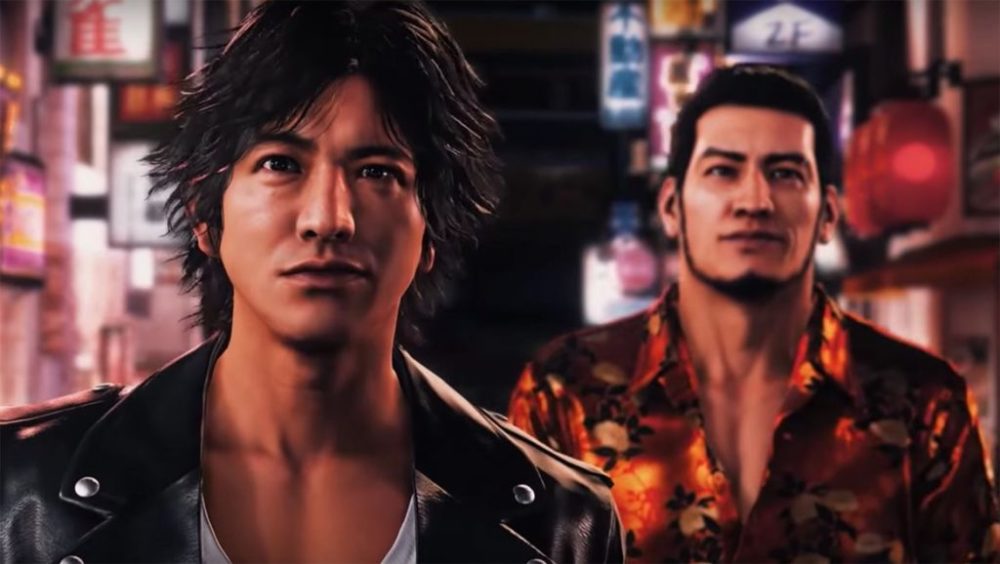 The screenshots showcase some of the locations that we’ll be able to visit and enjoy when we stroll around Kabukicho, which is a reproduction of the real-life red-light district of Kanukicho, that cna be found in Shinjuku, Tokyo.

We get to see the office of Takayuki Yagami, Project Judge’s protagonist who is also a private detective and a former lawyer. He often takes on requests to search for missing people and to investigate infidelity cases.

Speaking of offices, another image showcases the office of the Genda Law Firm. It’s owned by Yagami’s mentor Ryuzo Genda, who strives to be an ally for his clients.

We also see the office of the Matsugane Enterprise, and it’s actually a cover for the Matsugane-Gumi Yakuza clan. Men with harsh looks come and go from this place.

Amour doubles as club and bar. It occupies several floors of a building, even if each floor is pretty cramped. Being cheap, it’s popular, and it’s easy to meet young and pretty girls.

Goten Sauna is also popular among female customers thanks to the practice of Korean remedies. Hostesses tired due to their demanding job visit in the morning to relax.

AJ Art is a building owned by the Kajihira Group from Kansai. The company purchased it in order to establish a local branch in Kamurocho, showcasing the financial power of the group. They conduct their business by acquiring information on real estate and providing it according to their customers’ requests.

Internet cafe Mantai is part of a chain widespread in the Kanto region. It features equipment placed in private booths according to the motto “your own comfortable space.” That includes high-spec PCs, high-speed internet for surfing, and a food menu.

Bar Tender is a terrible pun and a long established bar. Its dandy master (the way bartenders are often called in Japan) takes care of it on his own. Since it’s nice and cozy, it attracts a lot of regular customers who often seek advice from the master.

VR Salon Paradise is a large-scale virtual reality facility where you can play the game VR Sugoroku: Daikyu set across Kamurocho. It’s very popular among those who want a new gaming experience.

The Drone Racing and Drone Lab are facilities where players can register to take part in the drone races close to the Millennium Tower. In the lab, there is a space to customize drones by paying the required money and providing parts.

The popular Yoshida Batting Center allows players to enjoy batting with a variety of levels of difficulty and ball types.

The Club Sega in the Theater Plaza is an arcade directly operated by Sega. Players can spend their hard-earned coins to enjoy numerous games including the 3D shooter Kamuro of the Dead and UFO catchers.

In the Club Sega in Nakamichi Street there are more games, including the classic 1995 fighting game Fighting Vipers.

Last, but not least, Don Quijote is a popular destination for those who want to purchase cheap goods. It sells both food and miscellaneous products. The interior feels almost like a jungle, and you can purchase costumes to disguise yourself.

Incidentally, if you have a Japanese PlayStation Plus subscription, the brand new Project Judge demo announced earlier today has been released and can be downloaded here, weighing a whopping 12.39 gigabytes.

You can enjoy the gallery below. If you want to see more, you can also check out the opening cutscene, and the full version of the theme song.

Project Judge launches exclusively for PS4 on December 13th in Japan and next year in North America and Europe.