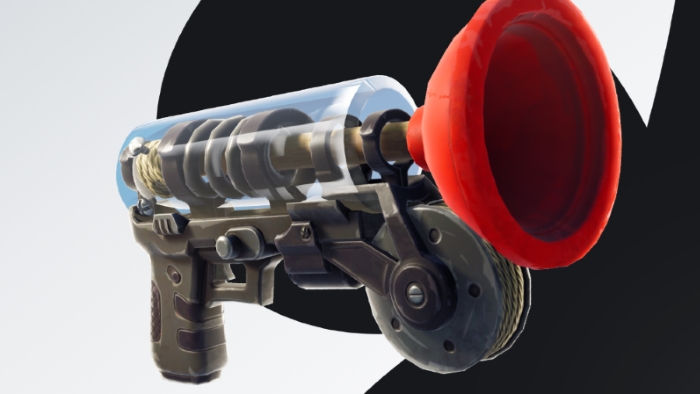 Fortnite’s 5.4 patch went live for all platforms this morning after a short delay this week, bringing the new High Stakes event and Grappler weapon to Battle Royale, while Save the World received performance improvements.

The High Stakes event detailed last weekend adds the new limited-time mode called The Getaway, where squads must recover a large jewel and escape the map with it in a floating white van. The patch notes go into greater detail about specific rules with the mode, such as the jewel-carrying player receiving constant health and shields over time with a 10% decrease in speed and removing most mobility items to “reduce mobility for Getaway Van engagements.”

Besides the new grappling hook weapon added and the revolver weapon being vaulted, some weapons received new rarity colors without stats being changed. The common suppressed submachine gun, rare rocket launcher, rare pistol, and legendary bolt-action sniper rifle have been removed as well.

The update mainly focused on performance improvements for the Save the World cooperative mode, though will be doing “a round of compensation for all players” due to some missions not granting rewards. Players will receive multiple in-game resources according to account progression, but all players will receive a free Smorgasbord Llama crate. Check out the full list of changes and bug fixes in the official patch notes.