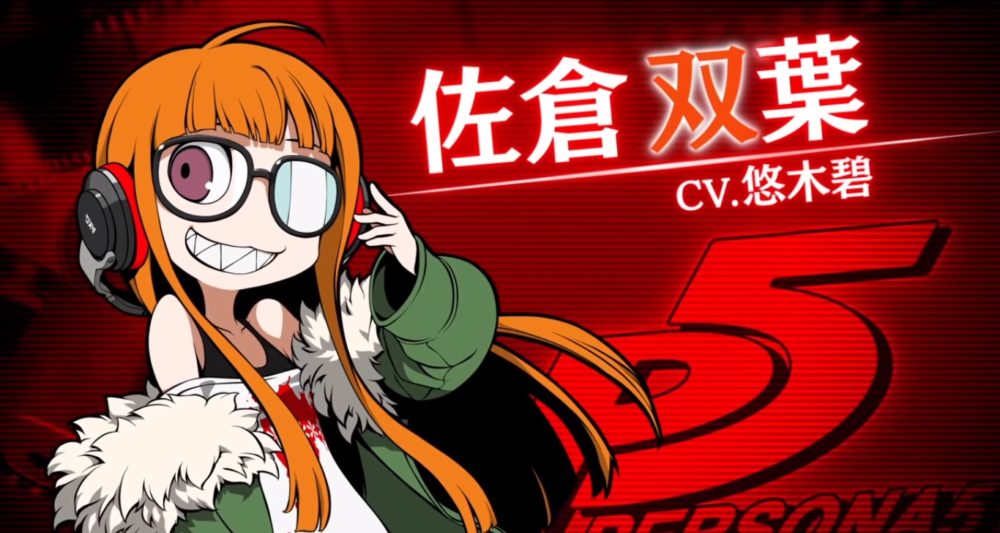 The resident navigator and meme queen of the Persona 5 cast, Futaba Sakura, is making her way into Persona Q2: New Cinema Labyrinth with her Persona, Necronomicon. Just like in the original game, she isn’t a playable character, but will constantly provide passive support in battles and during dungeon crawling. Even more interesting, however, is that she can now combine strengths with Persona 3 and Persona 4’s own navigators, Fuuka and Rise, to unleash a cheesy but undoubtedly useful ability.

Persona Q2: New Cinema Labyrinth features beloved characters from Persona 3, 4, and 5. Styled in the dungeon crawling format of Atlus’ own Etrian Odyssey games, the game uses a five-person party with as many as 28 allies from the Persona franchise to choose from.

Atlus previously revealed character trailers for Junpei Iori, Morgana, Naoto Shirogane, and Shinji Aragaki. You can also check out the game’s first and second trailers for the Japanese release if you haven’t already.

An English localization of the game has yet to be announced. Atlus USA is currently in the midst of bringing over the localized versions of the Persona 3 and 5 dancing games, and just announced a collector’s bundle.