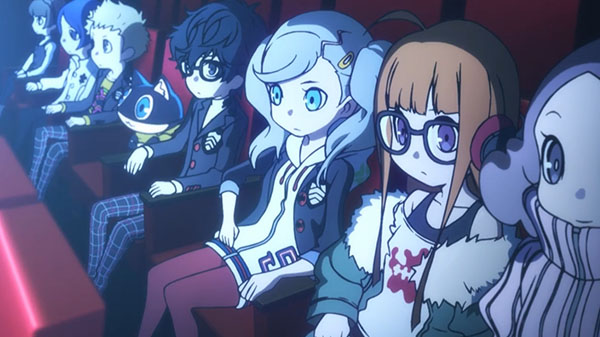 It’s been just over a year since Atlus officially announced Persona Q2 for the Nintendo 3DS, and since then, news on the title has been extremely scarce. Some people may have thought that the project was outright canceled. That certainly isn’t the case, however, as Atlus has released a brand new trailer for the Japanese dungeon crawler.

It’s not just a trailer that has been released but a slew of new information, too. The game’s official title is Persona Q2: New Cinema Labyrinth and will release in Japan on Nov. 29, 2018 for 3DS. The original Persona Q brought the characters of Persona 3 and 4 together, and now the protagonists of the fifth game will be joining the crossover. Added to that, the female protagonist from Persona 3 Portable will be tagging along.

The first game released for 3DS in 2014. It was both a crossover and spinoff of the JRPG series and has a greater focus on dungeon crawling than the main games. In terms of gameplay, the sequel will follow suit.

Unfortunately, as is often the case with games from this series, no information has been provided about a potential Western release for Persona Q2: New Cinema Labyrinth. Fans of the franchise will simply have to wait and see if Atlus USA decides to localize the game.

We’ve been excited for the game ever since it was first announced over a year ago. In fact, we compiled a list of five meetups we can’t wait to see in the game. Check it out here.