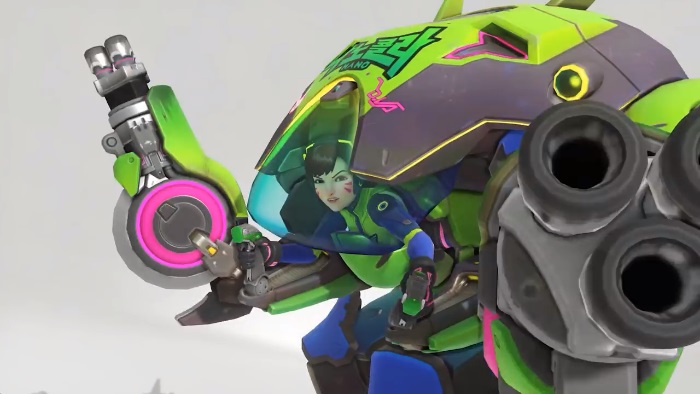 Blizzard is following up on the recent Overwatch animated short and new map Busan hitting the public test realm with a limited-time event to earn D.Va sprays and a new skin.

The Nano Cola Challenge is a two-part challenge that offers free D.Va-themed in-game cosmetic items for winning matches and watching specific Twitch streams. The in-game challenge requires players to win up to nine games in Quick Play, Arcade, or Competitive Play modes. The rewards are split into three tiers: two sprays will be unlocked after winning three games, a player icon after six games, and the legendary Nano skin for D.Va after nine games won. The event rewards do not replace the normal rewards for Arcade mode.

The other part of the challenge requires players to watch specific Twitch streams for a certain amount of hours to earn up to eight sprays: one at two hours, two more at four hours, another two at six hours, and the final three after eight hours. The rewards will be given out through Twitch drops, which requires a Twitch and Blizzard account to be linked together. The full schedule of streams can be found here.

The event for both in-game and Twitch challenges begins today until Monday, Sept. 10. Overwatch is currently in its Summer Games event as well, with summer-themed skins and returning Lúcioball mode, though is ending this Thursday, Aug. 30.