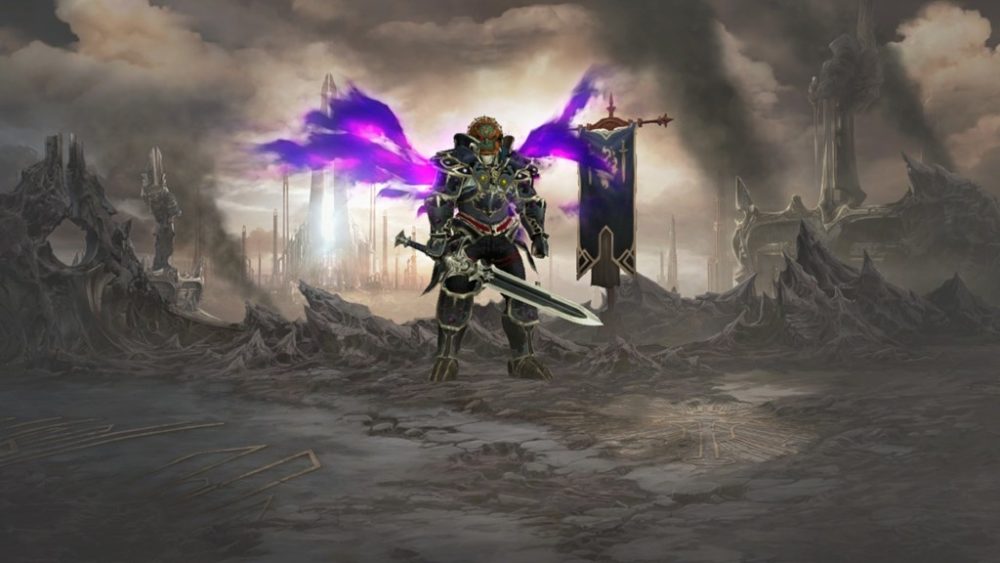 It was one of the worst kept secrets of this year, but at the end of the day, who cares? Diablo 3 is finally, and officially, coming to the Nintendo Switch.

Teased earlier this year via a light switch, leaked yesterday accidentally by Forbes, and then non-accidentally by Kotaku after they picked up on Forbes’ error, it has long been assumed by many fans and pundits that Diablo 3 would eventually be ported to the Nintendo Switch.

The Diablo III Eternal Collection, as Blizzard is calling the Switch version, will include all major content updates and expansions including Reaper of Souls and the Rise of the Necromancer Pack. It will also have Legend of Zelda themed cosmetics which includes the Legend of Ganondorf armor set, Tri-Force portrait frame, Cucco pet, and Echoes of the Mask wings.

And, because it’s on the Switch, the Eternal Collection will feature more control flexibility as well. It can, of course, be played in portable mode but you can also play with a single Joy-Con as well.

This likely counts as one of the “multiple” Diablo projects that were teased recently by Blizzard. Now that the obvious project is out of the way, might Diablo 4 be next? Hopefully!

Personally, as a big fan of the game, I’m excited to have the option to play it on the go. Some kind of cross-save feature would be the dream, and I reached out to Blizzard to see if that’s in the works, but our bet considering the current state of things, and that it wasn’t mentioned anywhere in the information we received, is that it’s a no. But we’ll update this post if we’re wrong about that or we hear back officially. Update: Heard from Blizzard, it’s no-go, sorry folks. No cross-play either.

The release date that was given to us is just “2018.” Sometime later this year then. Considering we’re more than half way through, it won’t be too long before Nintendo Switch owners can give Diablo 3 a go. The price will be $60 for the whole kit and caboodle.