The other day, Blizzard set Diablo fans into a tizzy. After months of speculation, job opening sightings, and light switch-fueled conspiracy theories, Blizzard finally came out and said the obvious: “The forges here at Blizzard are burning hot, and we have multiple Diablo projects in the works.”

Multiple. The updates for Diablo 3, both free and paid, have been excellent, so I don’t want to come off as too ungrateful, but I’m very ready to move on to something new. At least a new expansion, but most of us are probably already looking ahead to Diablo 4, or whatever the next game will be.

Blizzcon is just around the corner in November. Last year, Blizzard went out of their way to warn Diablo fans not to get too excited, and that new stuff was still a bit away. Now, they have done the opposite. That teaser is all we needed to hear to feel comfortable turning on the hype meter, and firing up the old speculation machine.

Fast and dirty, here’s four possible projects that we believe are at least possible, ranked by how likely they are to happen.

You don’t come out and get everyone excited like this, and then not show off the next core game in the series. It would be a huge gut punch to the community. A Switch version, and/or a Diablo 2 Remastered isn’t enough if you’re going to hype people up ahead of time. Those are two projects that could just have been announced without any fanfare ahead of time.

Diablo 3 is old. I’m not an expert, but I’m pretty confident that the Switch could run the game without issue. It’s like, the dream Switch title, perfect for the portable console (although to be fair, what isn’t?). And, also there was this weird teaser. What the heck was this then if it wasn’t a super vague, and cryptic teaser for a Switch port? Nobody cares about a light switch… It’s kind of cool, but still, not cool enough!

I fully expect Blizzard to cash in on Diablo 3 one last time before saying goodbye for good in some shape, way, or form. I own the PC and PS4 versions of Diablo already, and I’m buying the game one more time if/when it gets ported.

Oh, and it wouldn’t be totally shocking either to learn that the game is ready to go, and that everyone can download the game that afternoon or something like that, Beyoncé style.

Also Almost Definitely Going to Happen: Something Small, But New, For Diablo 3

Whatever these projects are, it probably isn’t all about entirely new games. If, like we assume to be true, there is going to be a Switch version of the game on the way, there is probably will be one last hurrah in Diablo 3 to help promote that version, and also get fans excited about whatever the new games are. 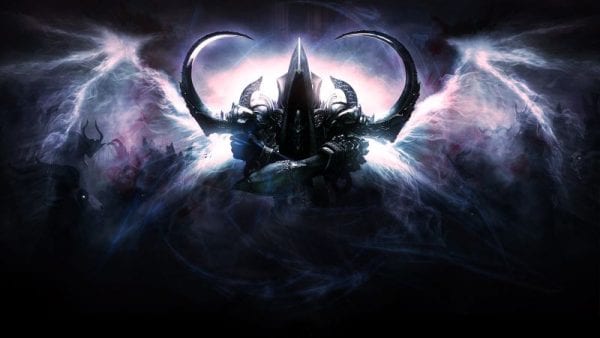 It might be something subtle we’ve never seen in a season before, maybe a new character or game mode/adventure mechanic. Something along those lines, but just something that will bridge fans over, at least a little, to whatever is coming next.

Not a Lock, But Very Possible: Diablo 2: Remastered

StarCraft: Remastered was well-received, and it can be argued that Diablo 2 is the more beloved “legacy” Blizzard game. We all had fun in StarCraft, but the game has not aged well gameplay-wise, especially if you’ve dabbled with StarCraft 2 at all. It’s hard to go back, unless you’re living God Flash of course.

Diablo 2 doesn’t exactly hold up perfect either, but it translates to 2018 better than StarCraft, and could function as another bridge to the next core game, probably Diablo 4. The main reason we find this one less likely than a Switch port is that it could be so popular, that it actually distracts people from whatever other irons Blizzard has in the fire. But then again, that’s probably a good problem to have if you’re Blizzard.

Is it possible that there will be a teaser, like a short CGI that flashes the words Diablo 4 at some point and confirming its existence finally? Definitely. Is it likely we’re going to see any gameplay whatsoever? No. Diablo 4 is still probably at least a year or two away. It’s probably why there are multiple projects going on because Blizzard wants to deliver something in the meantime to sate fans, knowing that it is indeed a few years away.

Diablo 3 is great, but it’s starting to get old now. StarCraft 2 at least has a solid esports scene that is ever evolving and changing which helps keep the game feeling fresher than it actually is. D3 has no such benefit. It’s time to move on.

Definitely No: A Full-Fledged Diablo 3 Expansion

If Blizzard wanted to do one more expansion, it would have happened by now. Instead, it seems clear that they decided to move on to other projects, and use whatever they were possibly thinking of working into an expansion, as free content to freshen seasonal play up.

Once again, Diablo 3 has ran its course. It’s still going to have players for the foreseeable future of course, and it’s possible that Blizzard might do something low-key like adding a new class or game mode, but a full on expansion? Don’t hold your breath.